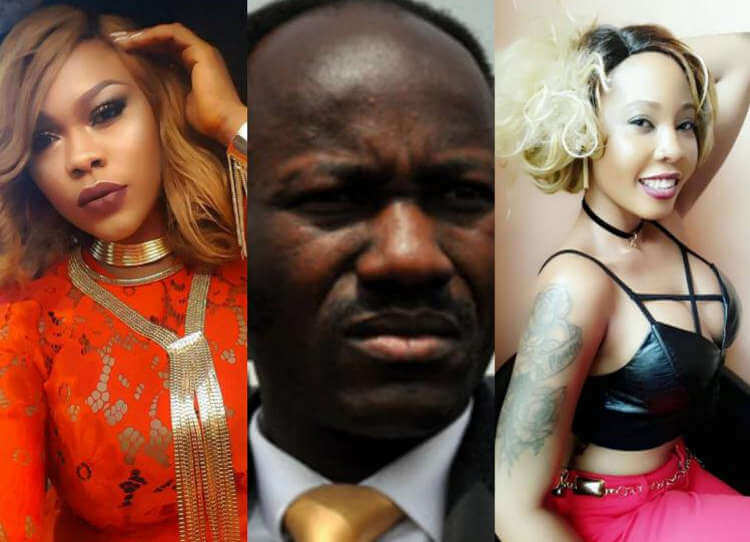 Stephanie Otobo, the lady who accused Apostle Johnson Seleman of impregnating and promising her marriage, has confessed that she lied against the Omega Fire Ministries’ founder.

Otobo, in a video that has gone viral, was seen at the Auchi, Edo State, headquaters of the Church begging the Man of God for forgiveness.

The Canadian Singer said in her confession that some “powerful politicians and pastors” paid her to lie against Apostle Suleman.

Otobo said because she was desperate at the time to advance her music career, she succumbed and accepted huge sums from the said “powerful” persons to smear the pastor.

She said, “I came to Nigeria with a strong passion for my career and fell into the wrong hands of some powerful politicians and pastors who manipulated me in a wrong way to fault the man of God.

You Can Criticize Buhari, But Don’t Insult Him – Apostle Johnson Suleiman

“They made me tell lies against him, because of my desperation for my career and I succumbed to it.

“At the time I didn’t know what was going on. I just wanted to help myself. They paid me a lot of money.

Recall that Otobo had also accused Apostle Suleman of having a sexual relationship with Nigerian actress, Daniella Okeke.

You Can Criticize Buhari, But Don’t Insult Him – Apostle Johnson Suleiman

‘We Have Enough Petrol To Meet Needs Of Nigerians,’– NNPC Reacts To Fuel Queues