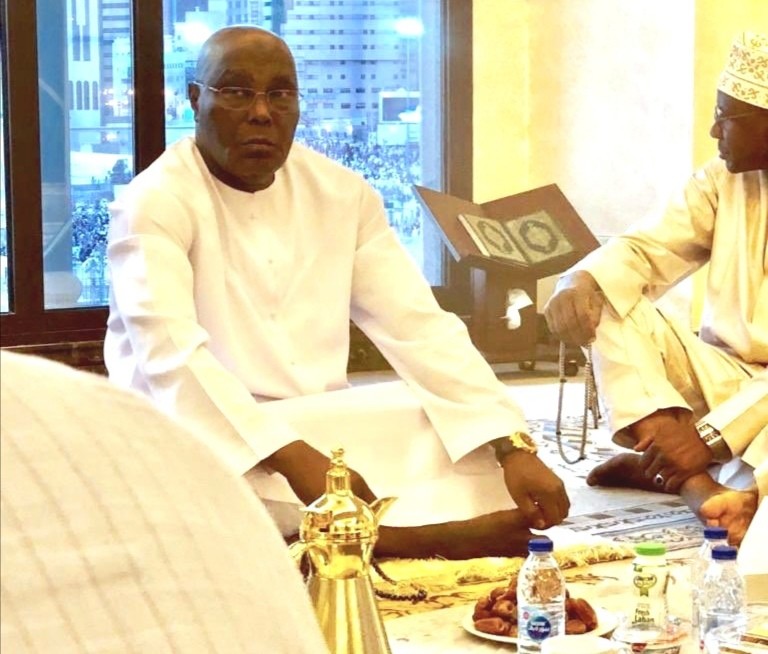 Adeyanju claimed that Atiku was currently having a good time in Dubai, the United Arab Emirates, while issuing statements capable of spurring citizens to street protest.

The rights activist claimed that Atiku, who lost his bid to be president in 2019, was still nursing presidential ambition.

“Atiku & co want to be president without getting their hands dirty. He’s in Dubai enjoying life but they want Nigerians to go lead protest against fuel & electricity increment so they can benefit. I laugh in yeye opposition,” Adeyanju said in a tweet.

The former vice president had earlier faulted the federal government’s recent increase of electricity tariffs, saying Nigerians needed “stimulus” and not more sufferings after coming out of months-long COVID-19 lockdown.

“I reject the increased electricity tariffs. Coming out of the lockdown, Nigerians need a stimulus, not an impetuous disregard for the challenges they face. Many Nigerians have not earned an income for months, due to no fault of theirs. This increase is ill-timed and ill-advised,” Atiku had said.

Meanwhile, opposing reactions have continued to trail the federal government’s increase in electricity tariffs as well as the hike in petrol pump price from N148 to N161.

2023: Omokri Ignores S/East, Declares Atiku ‘The Only Man Who Can Unite North, South’