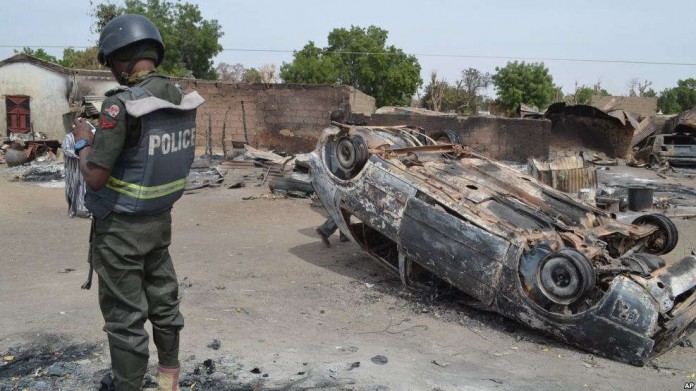 The terrorists attacked Nyibango and Muduhu, both in Madagali Local Government Area of Adamawa on Monday night.

“They looted foodstuff, killed livestock and burnt the villages completely, including churches and the residence of one councillor, John Hammajam” he stated.

Mr. Muhammed said that the exact number of dead and injured people had yet to be ascertained and that villagers who escaped the attack had fled the area.