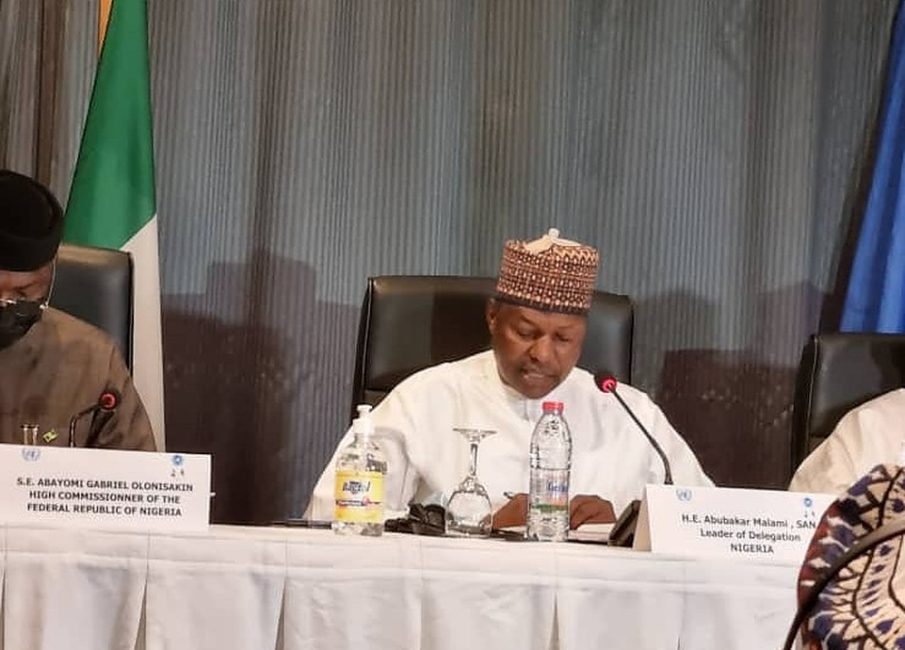 The Attorney-General of the Federation and Minister of Justice, Abubakar Malami, SAN has asked Cameroonian government to make some compromise in its ongoing boundary demarcation issue with Nigeria.

AGF Malami, who is in Yaoundé for the 33rd Session of the United Nations Cameroon-Nigeria Mixed Commission, assured the Cameroonian government of Nigeria’s readiness to bring lasting solution to the dispute, saying that “we as participants must do all we could as brothers to foster unbreakable peace to our Affected Populations.”

The areas of dispute between both countries include the Bakassi Peninsula and its dates back to 1994.

Malami suggested that Cameroon should as well as reciprocate the special concessions made by Nigeria.

“There is no doubt that it has been a long walk to peace but for us it is still better than war between brothers over land and or maritime boundary disputes.

“I look forward to seeing genuine strides recorded by both States in the submitted SCD report to the CNMC encapsulated in international best practice tools of horse trading, give and take, esprit de corps, fraternity and brotherhood where there would be ‘no Victor no Vanquished’.

“Nigeria has demonstrated Special concessions in the engagement that gave rise to the success recorded. We remain committed and urge for reciprocity,” he said.

Speaking further, Malami observed that dispute had caused financial burden to both parties but revealed that the federal government had plans to address the infrastructural decay associated with it.

He said : “we have packaged Cross border initiative (CBI) to ameliorate the aged-long lack of infrastructural amenities and usher in peace, progress and sustainable development for other States to emulate.”

According to the United Nations Office For West Africa and the Sahel, “the objective of this 33rd meeting will be to take stock of the progress made by the Sub-Commission on Demarcation.

“The meeting will also discuss points of disagreement on the delimitation of the border and the assistance to populations affected by the demarcation.”

China-Nigeria Relations On ‘High Level’ Due To Infrastructure…