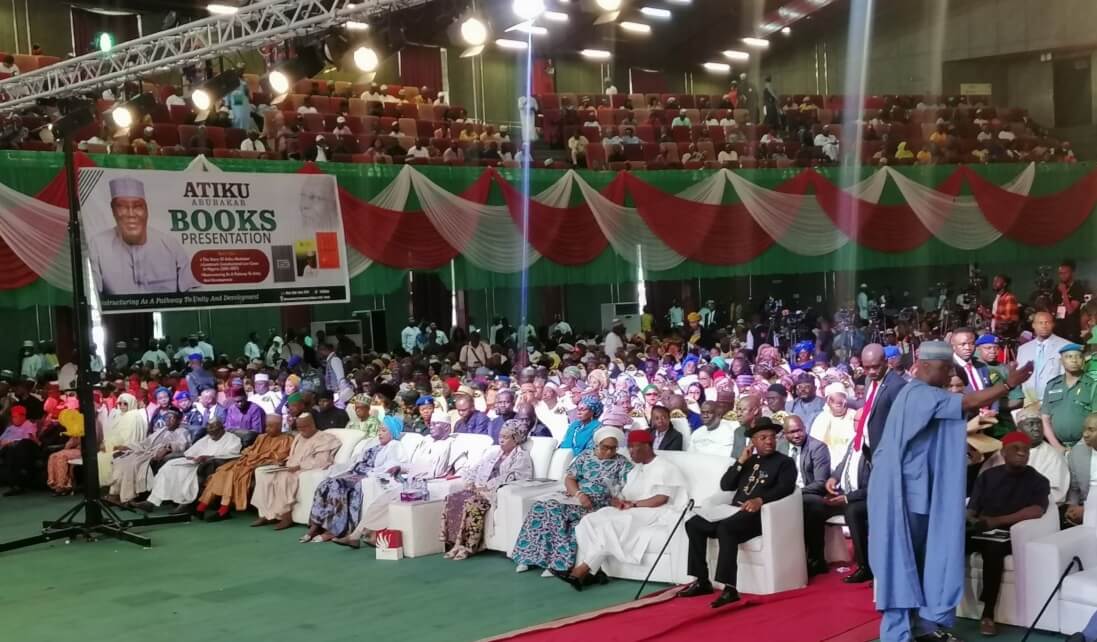 The leadership crisis in the Peoples Democratic Party, PDP, seems to have taken a new twist as the under pressure National Chairman, Iyorchia Ayu, was conspicuously absent at the inauguration of the Party’s presidential campaign council.

Although it was announced at the event that Ayu sent a representative and that he, alongside Benue State Governor, Samuel Ortom, was following the event via live TV broadcast, THE WHISTLER could not confirm his representation.

The event, which is currently taking place on Wednesday at the International Conference Centre, Abuja, witnessed a handful of PDP governors and senior members of the party as two books were presented in honour of the Party’s presidential candidate, Atiku Abubakar.

Present at the ongoing event are the Vice Presidential Candidate of the party, Ifeanyi Okowa, Chairman of the Party’s Presidential Campaign Council, PDPPCC, and Akwa Ibom State Governor, Udom Emmanuel, the Director General of the PDPPCC and Sokoto State Governor, Aminu Tambuwal, governors of Edo, Bayelsa, Bauchi, and Adamawa states.

The Chairman of the Party’s Board of Trustees, Adolphus Wabara, is also present.

But missing were Rivers State Governor, Nyesom Wike and his camp. The Wike camp has demanded the exit of Ayu to give way for a successor from the South West.

They had argued that it betrays equity for the party’s presidential candidate and national chairman to come from the same region (the North).

Some of those in the Wike camp are the current governors of Oyo, Abia, Enugu, and Benue State..

Efforts to speak with Ayu’s Special Assistant on Media, Simon Peter, on the reason for Ayu’s absence proved fruitless as his phone was not reachable.

The presidential spokesman of the PDPPCC, Dino Melaye, refused to comment on the development as he was seen attending to guests at the event.