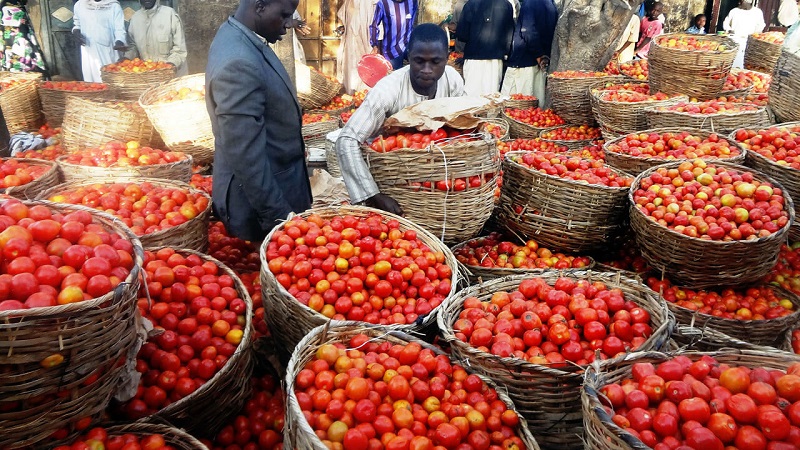 The National Bureau of Statistics has said that Nigeria’s inflation rate declined for the seventh consecutive month to 15.99 per cent in October

The Statistician General of the Federation, Simon Harry disclosed this on Monday in Abuja while presenting the details of the Consumer Price Index report for October.

The claim by the NBS contradicts the current economic realities in the country where the prices of food and services have been trending upwards.

In recent times, the skyrocketing food prices in major cities across the country are being reported with deleterious effects on household budgets.

The series of insurgencies bedeviling the country, especially in the Northern part and pockets of dissentions in some states where most of the essential food items for the nation come from, have also adversely contributed to the ill reports about the astronomic rise for a range of food materials

Other commodities such as Indomie noodles carton now sell for N4,600 (Super pack) against the initial price of N2,400 while a carton of chicken flavour now sells for N2,900 against the previous price of N1,600.

A trader, Jennifer Imoh, who sells groceries and provisions in the Dutse market lamented, “Before, we used to buy a bag of milk for 3,500, now it it is N11,000. If you want to buy noodles, a carton goes for N850, but now, we are buying it for N2,500. The loaf of bread that I used to buy from bakers at N200, now sells for a double price because of the high cost of the flour, milk and sugar

But the NBS in its latest report claimed that the inflation rate fell by 0.37 per cent from 16.36 per cent in September.

The CEO of the NBS said that on a month-on-month basis, the headline index increased by 0.98 percent in October 2021, adding that this is 0.17 percent rate lower than the 1.15 per cent recorded in September 2021.

He also disclosed that farm produce such as bread, cereals, cocoa, meat, coffee, tea and cocoa drove food inflation, which fell to 18.3 per cent in October from 19.57 percent in September.

He said, ” The consumer price index, (CPI) which measures inflation increased by 15.99 percent (year-on-year) in October 2021.

20% Of Nigerian Workers Lost Their Jobs To Covid-19– NBS