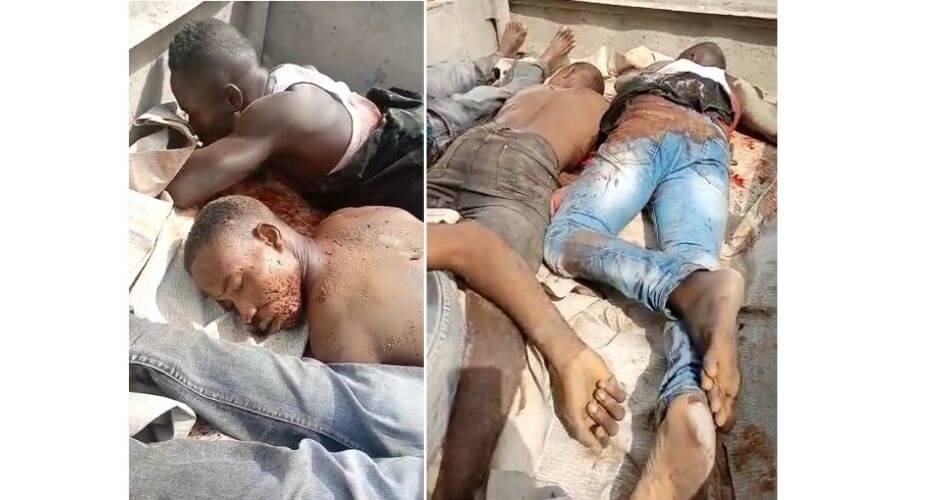 Four suspected armed robbers met their waterloo on Tuesday in Umuaka, Njaba Local Government Area of Imo state, after they were killed in a gun duel with security operatives in the state.

Sources confirmed to our reporter that the robbers were trying to rob Point of Sale Operators (POS) in the area when a combined team of police and the military operatives gunned them down.

The suspects reportedly opened fire on the operatives on sighting them, but were eventually overpowered. Three of the robbers were killed instantly while one died after being rushed to the hospital.

A source said “it was a heavy gun battle. The residents of the area ran away owing to the intensity of the gun battle. At end of the day, four robbers were killed. The robbers came to rob POS operatives.”

When contacted, spokesperson of Imo police command, Micheal Abattam, confirmed the incident and affirmed the command’s readiness to rid the state of criminals.

Details of civilian casualties is still sketchy as at the time of filling this report but a video of the shooting scene showed a man believed to have been hit by stray bullet in a pool of his blood, surrounded by sympathizers.