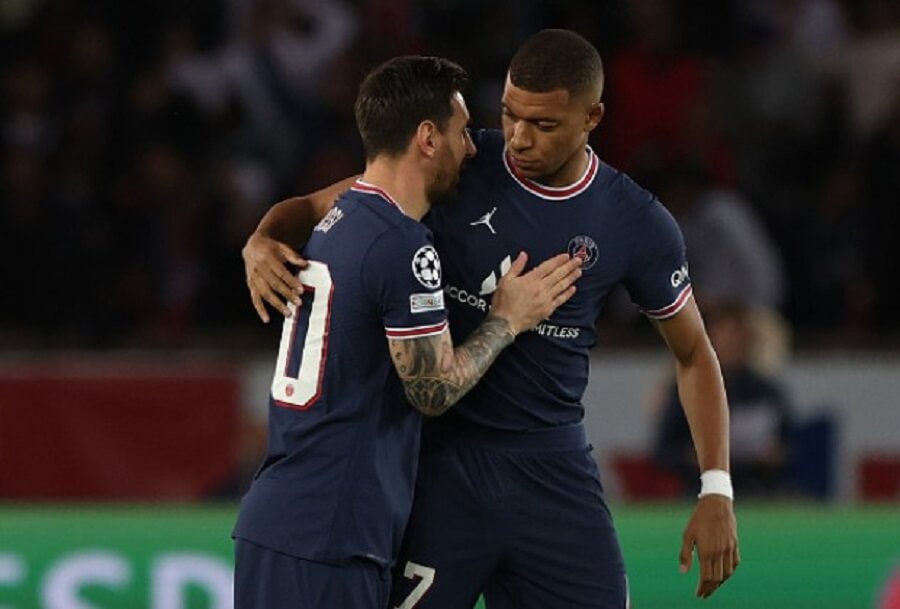 Paris Saint-Germain are through to the next round of the Champions League, finishing second behind Manchester City which lost to RB Leipzig in Germany.

Les Parisiens on Tuesday defeated Club Brugge 4-1 in the final game in Group A to finish with 11 points.

The home team began their campaign against Brugge with a 70 seconds early lead which came from a goal from Kylian Mbappe.

The Frenchman doubled the lead in the 7th minute making it his sixth in the 2021/2022 season.

Parc des Princes went in awe when their favourite, Lionel Messi looped the ball into the keeper’s corner net to seal a 3-0 lead in the first half.

M. Rits scored a consolation goal for Brugge in the 68th minute after several attempts from the victors.

The Belgian side were further punished by PSG after Messi converted the 77th minute penalty to increase the lead to 4-1.

Meanwhile, City lost to Leipzig by 2-1 in Germany, but they ended top of the Group A with 12 points.

Messi Tests Positive For Covid-19 Ahead Of French Cup

I’m Now A Statesman, Can’t Go Back To PDP, Obasanjo Tells Ayu, Others