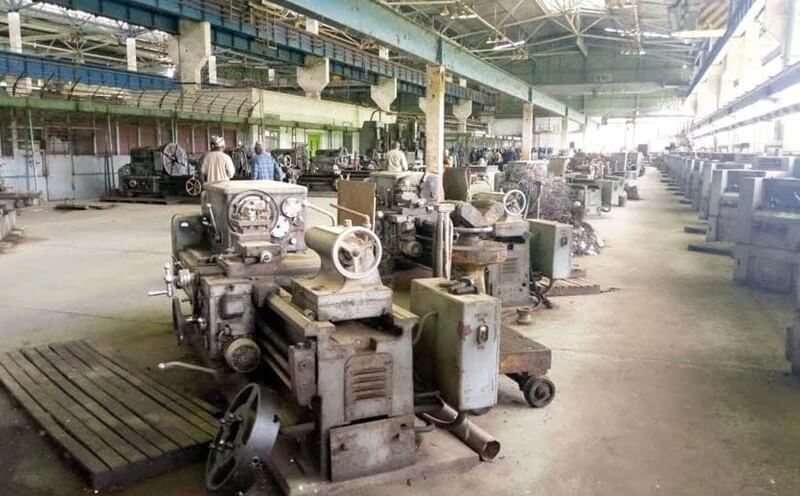 The President of the Nigerian Russian Business Council, Adetokunbo Kayode on Monday said that Nigeria is ready to do business with Russia to boost its economy.

He made the appeal while addressing a delegation of Russian Companies Chief Executive Officers who paid a courtesy visit to the office of the Minister of Industry, Trade and Investment, Niyi Adebayo in Abuja.

Russia’s Tyazpromoexport built the plant, which was incorporated in 1979.

The steel mill reached 98 per cent completion in 1994, with 40 of its 43 plants having been built before it got stuck, with the remaining two per cent for external infrastructure like waterways and viable ports.

Despite the regular budget, the steel company is yet to commence full operations in over 42 years, with the government making failed attempts at privatisation and concession.

In an attempt to revamp the company, an Indian company, Global Steel Holdings Limited, won the concession of the Ajaokuta steel mill for a 10-year period but the agreement was revoked when the Federal Government accused the firm of asset stripping, a development which led to a court case between the two parties.

The Federal Government announced in 2016 that the legal dispute had been resolved, after it reportedly ceded the National Iron Ore Mining Company, Itakpe, to Global Steel for the remaining concession period, in line with an agreement reached during mediation talks.

However, the resolution has since turned contentious.

In 2019, President Muhammadu Buhari, ordered the completion of the company.

In 2020, the Senate also passed a resolution urging the Federal Government to, as a matter of urgency, complete the Ajaokuta Steel Complex.

Speaking at the meeting, Kayode said Nigeria is always ready and willing to do business with Russia to ensure that our economy moves to the next level.

He said, “I want to also use this opportunity to state that there is need for the Russian Government to assist Nigeria towards resuscitating the Ajaokuta Steel Industry to fast track the country’s industrialization.”
Speaking further, Kayode noted that mutual collaboration was also needed in the areas of defence, mining, agriculture and livestock value chain among others.

He equally called for the establishment of Nigerian Russian Export Free Zones to boost export of products among both countries and other nations of the world.

Also speaking, the Nigerian Ambassador to Russia, Abdullahi Shehu who led the Russian delegation to the Minster disclosed that 19 Russian Companies had already indicated interest to invest in various areas of Nigeria economy.

He expressed the hope that move would go a long way to enhance national economic development.

The Ambassador promised to continue to attract Russian investors to Nigeria to assist small and medium scale businesses in the country.

In a remark, the Chairman, Nigerian In Diaspora Organization, Mr Uwem-edimo Sampson said that plans are underway to establish a Servicing Centre for Russian Manufacturers in the country, which will serve as link between companies from the two countries.

He stated that this would go a long way to enhance industrialization in Nigeria.

On his part, the Minister of Trade stressed the need for a closer relationship between the two countries, while assuring of a conducive business environment for Russian investors.

Killers Of Policemen Will Be Brought To Justice, South East Governors Vow