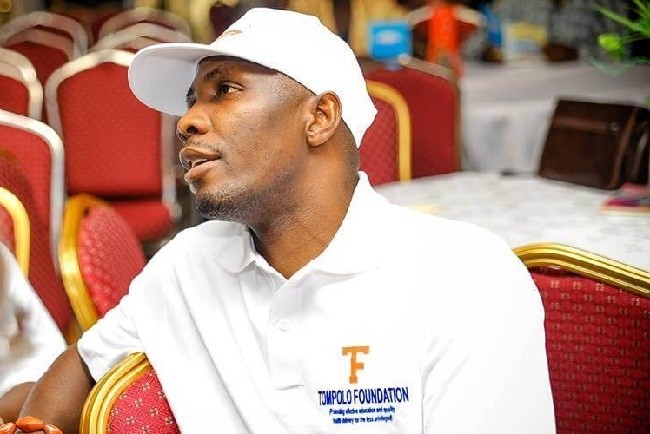 Ex-militant leader, Government Ekpemupolo, also known as “Tompolo” has written an open letter to President Muhammadu Buhari, saying he did not support former President Goodluck Jonathan in the presidential election because he hated him as alleged.

In the letter, Tompolo who said that he does not deserve the present onslaught unleashed on him, added that Buhari should not judge him by the wicked things some desperate people are saying about him (Tompolo), but by his deeds and activities.

‎Tompolo, who spoke lengthy on how he gave his commitment and pledge to ensure sustainable peace and development in the oil rich Niger Delta region and the country at large, revealed that some ethno political merchants and some members of his (Buhari’s) party, the APC, are laying the foundation for crisis in the region.

He advised the president to avoid treading a “dangerous dimension” by seeing Ijaw people as enemies.

Below is the letter:

Dear Mr President,
‎I once again, deem it pertinent to write Your Excellency since your assumption of office in May 2015. Mr President will recall that at my meeting with you sometimes last year, I gave my commitment and pledge to ensure sustainable peace and development in the oil rich Niger Delta region and Nigeria in general.

At the meeting which I interpreted to be an ample opportunity and a template for peaceful co existence in the country‎, I made it known to Your Excellency that my support for your government as well as my commitment to a peaceful and secure Niger Delta region is paramount. But I remember also that I gave a humble advice on the need for Mr President to be weary of political cum crisis merchants, particularly those who are members of your own party, the APC. That advice arose out of the fear that most people who are members of your party, especially from the Niger Delta region, who are very known to me, take solace in evolving and concocting crisis to leverage upon.

I left the meeting fulfilled for three reasons. It was not because I had met with a new man in charge but because I ‎had an opportunity to air my views on the way forward. I had also successfully dispelled an unfounded perception that I do not want to see President you succeed having defeated my fellow Ijaw kinsman and close confidant. Thirdly, I did not use the opportunity of that auspicious meeting to arrogate to myself, as having the solutions to all the challenges facing the Niger Delta region.

This is worth emphasizing in the sense that aside me, there are several other dissatisfied, disenchanted, oppressed and agitated younger elements who still habour misdirected sentiments that I led a handful of ex agitators to surrender arms and embrace the Presidential Amnesty Programme in 2009, under late President Umaru Musa Yar’Adua, without immediately solving the myriad of problems facing our people. Little did such younger elements appreciate the fact that there can only be a process leading to the eventual succor ‎ for our people.
‎Nonetheless, I displayed an uncommon courage to ensure the sustenance of peace and relative security within the limits of my capacity and ability. Most Nigerians, if not all, are aware of the role I played in safeguarding and protecting crude oil and gas facilities during the last administration. I am sure even Mr President is aware of this development. As a patriotic Nigerian, I have never hidden my desire to do what is just in this regard even to the extent, that I have incurred the wrath of illegal bunkers and vandals.

Attempts To Demonize Me‎ And Ethnicise Niger Delta Issues
Mr President Sir, even at the risk of being repetitive, kindly permit me to recall the various efforts I have made to exonerate myself from the perfidious moves by some elements within and outside the Niger Delta region to always implicate me on any flimsy opportunity.
To such persons, calling me, the man behind every bad thing has remained the only avenue and pedestal to get political patronages. Although so many instances abound, the recent spirited move to link me with the nascent Niger Delta Avengers (NDA), a group that has claimed responsibility for the various breaches on oil pipeline installations in the Niger Delta region.

To some around you, the only means of getting Your Excellency’s attention is to wickedly attribute the activities of the said group to me simply because ‎I have a running battle with the Economic and Financial Crimes Commission (EFCC). This is the height of desperation and hypocrisy on the part of such people.

For one, I have chosen to pursue my case with the EFCC to a logical conclusion because I am yet to be convinced that the purported case instituted against me does not have ethnic colouration masterminded by my traducers. Since the case is before a competent court of jurisdiction, I will refrain from making further comments on this.

However, ‎it will be in the interest of this great nation if Mr President takes a painstaking study of certain political actors around him, most especially those from the Niger Delta region. I bear no grudge against any of such, but I am convinced beyond any doubt that they have taken solace in perpetual misdirection and mischief as far as my person is concerned.

Just as your people supported you as of right, throughout the presidential campaigns, ‎I do not think it was criminal for me to openly support one of my own, Dr Goodluck Ebele Jonathan for the presidency in 2015. I did so out of conviction not because I hate you or because you are a northerner. Afterall, most of my personal friends and aquaintances are from the north. To cap it all, the memories of my robust relationship with your Katsina brother, the late President Umaru Musa Yar’Adua are still painfully fresh and reminiscent of brotherliness.

In this regard, it is only appropriate to judge people not by what is reeled out to the corridor of powers by their traducers but by their deeds and activities. I do not think I have done anything to warrant this needless mental onslaught that has been visited on me since Your Excellency’s assumption of power.

Finally, I am compelled to say that these ethno-political merchants are merely laying the foundation for an unavoidable crisis. They will be happy to see a ravaged Gbaramatu Kingdom and by extension, Ijawland under the pretext of looking for me. This is a very dangerous template such persons are laying and it is only good for Mr President to deploy the inner mind to stratify this unwholesome gimmick.

Once again, I thank Mr President for having the time to peruse this letter.

Thanks and as usual, accept the assurances of my highest compliments.