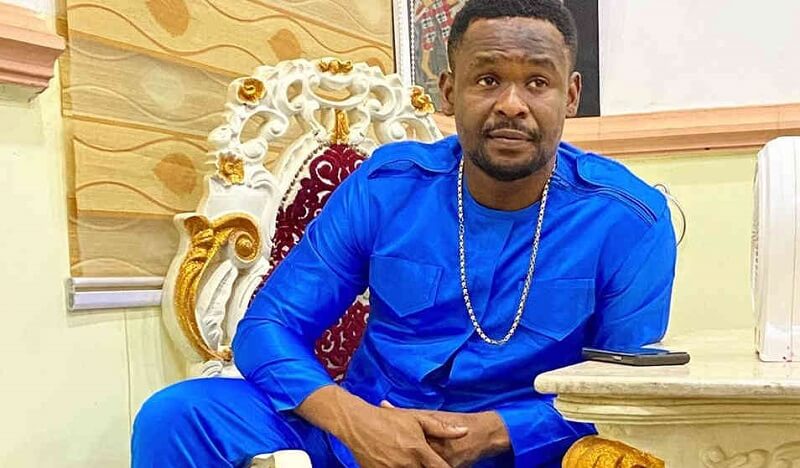 Popular Nollywood Actor, Zubby Michael, has claimed that he made N102m from acting.

He made this known while speaking in an interview with TheBroadway TV.

The actor revealed that he was able to keep a tab of his income because he has a book where he records his works and payment received.

He said, “For now, I’m the richest actor. If you check the money wey I dey collect. I’m not saying this make them clap for me. The last time I checked my book, I realized I made N102m from artist related work /films.

“Not like all my career o! of recent. As in, e get where I dey write all the film wey I dey do with the money wey dem dey pay me.”

The actor further said he is not pro-church or pro-tithe but would rather share 10 percent of his income to people.

Michael also urged people to quit complaining when they see him splashing cash around because that is his own way of tithing.

“Because I dey always write 10 percent of that thing and share to people. Because I no dey pay tithe. I no dey go church. I no dey believe all those things. I share it to people. So I dey write am.

“So, if you see me throwing money, shut up, you don’t know what I’m doing. I’m paying my tithe in the other way,” he added.

Speaking on his relationship with women, the film star claimed they love him because they want to see his energy in bed.

He added, “Women love me oh! everybody want to see my stubborn energy in bed, you know when you are crazy, dey will be like oh see how e go they for the other side, I dey avoid them.”

The actor who said he is not in a romantic relationship, added that he is afraid of women because they have the capacity to destroy all that he had worked for.

Baba Ijesha: ‘I’m Sorry For Getting You Upset’- Iyabo Ojo Finally Apologises To…