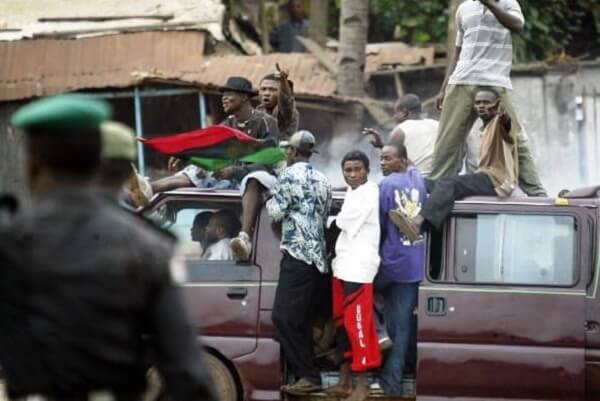 The sit-out at home order by the Indigenous People of Biafra, IPOB, against the continued detention of their leader, Comrade Nnamdi Kanu, by the Federal Government under President Muhamadu Buhari’s watch, seems to be holding in Awka, the Anambra state capital and environs, reports by correspondent indicate.

The IPOB on Monday had enjoined the Igbo people and all those who believe in the Biafra ideology in the country to sit-at-home and shutdown their businesses on Friday, September 23, in protest over illegal continued detention of Kanu.

As at midday in Awka, The Whistler learnt that most shops were still closed to businesses, while the roads were majorly deserted as even very few students were seen making their way to schools.

Nnamdi Kanu Must Not Die In Prison, Ohanaeze To FG

Areas like Aroma, Eke Awka axis and Amawbia-bypass-roundabout, known for their business were a ghost of their bustling nature as very few vehicles and commuters as well as shops were out for business.

Nnamdi Kanu has been in detention for several months over allegations of treasonable felony and leading a subversive group.

Kanu is presently being held at the Kuje prisons Abuja pending continuation of his trial.

Nnamdi Kanu Must Not Die In Prison, Ohanaeze To FG