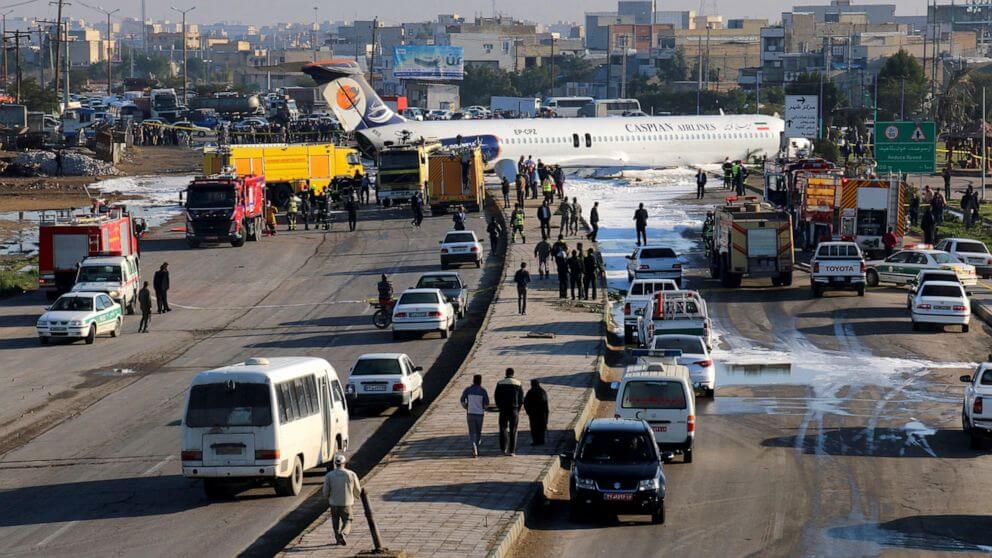 An Iranian passenger airliner carrying 136 passengers and eight crew members, landed poorly on a runway and slided towards a highway next to an airport, but no life was lost.

The head of Khuzestan province’s aviation authority, Mohammadreza Rezaeia, said on Monday, that the incident was a flaw on the part of the pilot.

“Arriving at Mahshahr airport, the pilot landed the aircraft too late and this caused him to miss the runway,” he said.

According to him, this “caused the aircraft to overshoot the runway and stop in a boulevard” next to the airport, Rezaeian said on state TV

Maryam Sanda: Meet The Other Woman That ‘Pushed’ Her To Murder