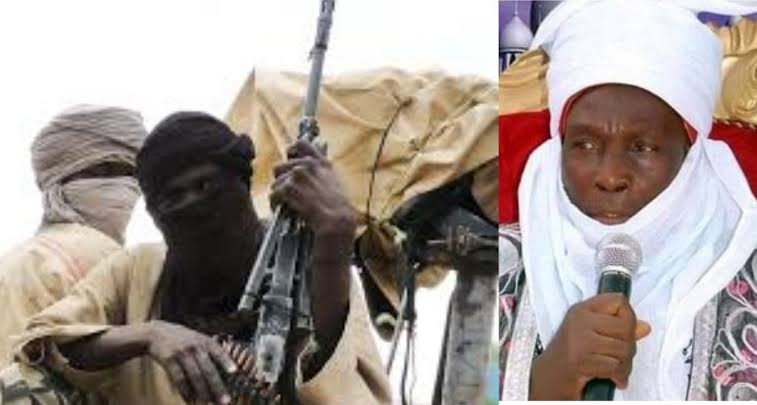 The Emir of Kajuru, Alhassan Adamu, has reportedly regained his freedom hours after bandits reportedly demanded N200m ransom for his release.

The 85-year-old emir was abducted at his residence alongside 13 family members on Sunday.

The spokesman of the Kajuru Emirate council, Dahiru Abubakar,  told journalists that the emir was released at about 5pm on Monday after spending one night at the captors’ den, Channels Television report.

Abubakar disclosed that the emir was released in good condition but the remaining members were still in captivity.

Jalige said the second class traditional ruler was now at his palace following his release.

He said details of how the ruler was freed would be communicated  in due course.

BBNaija S6: I Feel Guilty For My Grand-Mum’s Death, Angel Weeps As She Recount Past Deeds

Niyi Clashes With Cross Over Bread Slices At BBNaija House

SPECIAL REPORT: How To Buy And Sell Drugs Without Licence

Beware! You Can Be Robbed At These Places In Abuja