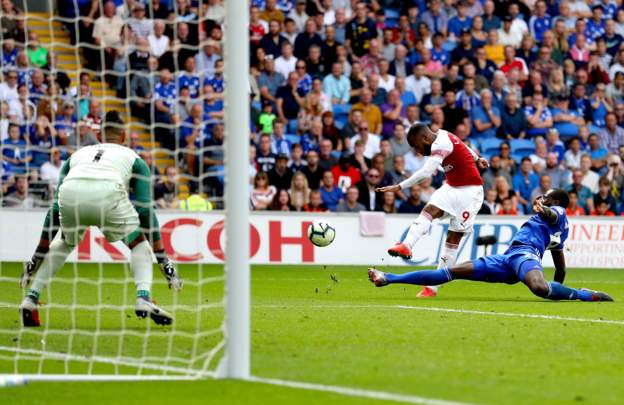 Arsenal secured their first away win of the season as they edged a pulsating Premier League encounter with Cardiff City.

The Gunners led twice, through Shkodran Mustafi’s header and a curling effort from Pierre-Emerick Aubameyang, before Lacazette crashed home the winner on 81 minutes.

Victor Camarasa’s first Cardiff goal, on the stroke of half-time, and Danny Ward’s header had seemed like they would earn Neil Warnock’s side a point as they scored their first goals of the league campaign.

One Dead, Many Injured As Catholic Church Collapses In Delta