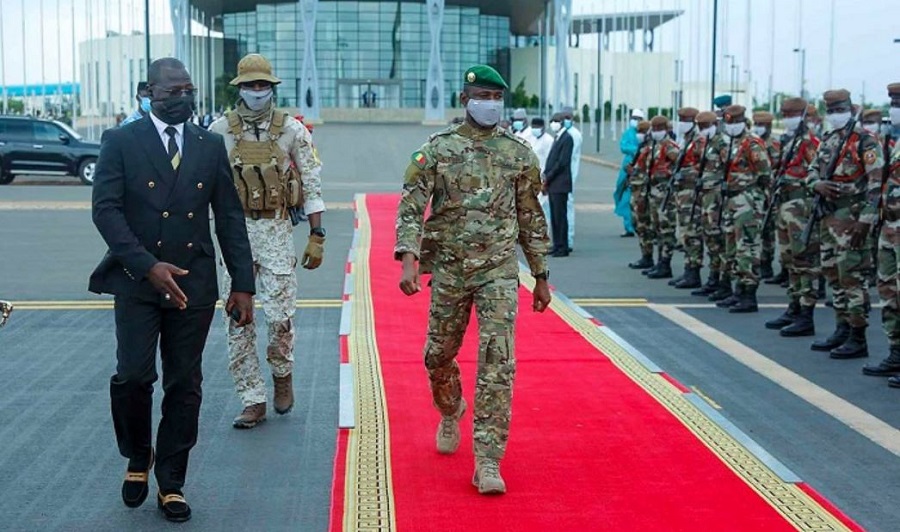 The military junta’s transition committee in Mali has reacted to the stiff sanctions imposed on the nation by the Economic Community of West African States (ECOWAS) by recalling the country’s ambassadors with a promise to take further steps.

The ECOWAS sanction was a response to the committee’s shifting of Mali’s democratic election from 2022 to December 2025.

Recall that Colonel Assimi Goita, the country’s current leader, was part of the mutinying soldiers that engaged in a coup in August 2020 that removed the country’s Prime Minister, Boubou Cisse, and the President, Ibrahim Boubacar Keita, from office.

France, US Support ECOWAS On Mali As Junta Calls For Protests

The regional body, which described Mali’s recent decision as “unacceptable,” froze the assets of the nation domiciled in its Central Banks; closed land and air borders between ECOWAS countries and Mali, among other sanctions.

Reacting, the transitional government’s spokesman, Abdoulaye Maiga, said in a statement that it has responded to the ECOWAS “unfortunate” sanctions by similarly recalling “its accredited ambassadors” in the respective member states, which Nigeria, Ghana are part of.

Maiga, said for now, it would take steps” to ensure the normal supply of the country by all appropriate means.”

France, US Support ECOWAS On Mali As Junta Calls For Protests

JUST IN: Buhari Attends As ECOWAS Discusses Security Challenges In Nigeria, Others