Metuh’s Family Cries Out, Buhari Bent On Jailing Our Son 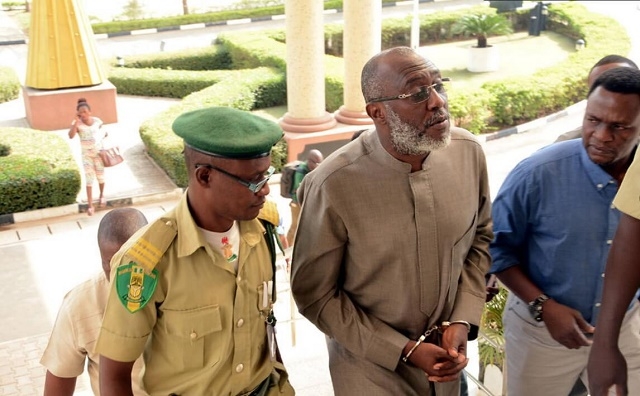 The family of the former National Publicity Secretary of the Peoples Democratic Party (PDP), Chief Olisa Metuh, has accused the regime of President Muhammadu Buhari of intent on jailing their son.

According to the family, ‎it remains ironic and absurd, that of all those allged to have received payments from the Office of the National Security Adviser during the tenure of Col Sambo Dasuki, only Metuh’s offer to refund the N400 million paid into his account have been refused by the EFCC.

The family in a statement in Abuja on Thursday, signed by Chief Gilbert Metuh, said that though the money was spent on the order of former President Jonathan, he was willing to make a refund.

“It is instructive that out of over 300 names listed as having received money from the ONSA, all those who offered to refund money were not arraigned in court.

“Our son is the only one whose offer to refund money was rejected and has been arraigned in court and his case given accelerated hearing. On each trial date the hostility in the courtroom is palpable,” he said.

Describing as unfortunate the refusal of the court to allow Olisa Metuh to travel abroad for medical treatment, they expressed the fear that their son might be sentenced to a life on wheel chair if he is not allowed to travel to London for corrective surgery.

“Our son was diagnosed with a spinal cord problem in 2004. He has consistently managed it over this period.

“However, due to the treatments he received while in custody, the situation got aggravated. In the course of his trial, the situation deteriorated, especially after he fell at a meeting in the party office for which he was rushed to the National Hospital and was admitted in the Intensive Care Unit.

“It is also instructive to note that the Federal High Court Abuja on the same day granted leave to someone facing similar trial to go abroad for one month for prayers while our ailing son is not allowed to travel for urgent medical attention.

“We are also aware that a few others facing similar trials, within the same federal high court jurisdiction, have been granted leave to travel for medical treatment and their passports released to them by the same court where they were granted bail,” the statement reads.