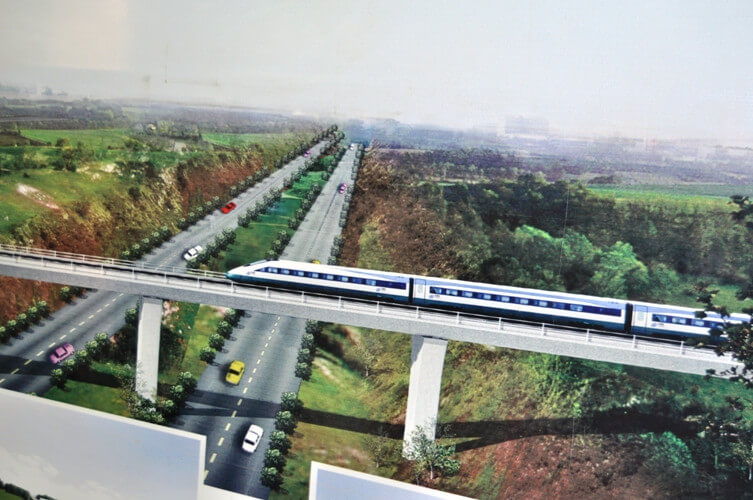 The $823 million (about N299 billion) Abuja Rail Mass Transit project would be ready by December 2017, according to the China Civil Engineering Construction Corporation (CCECC).

Project Manager, Mr Kong Tao, said told journalists who were on tour of the site at Idu, Abuja, on Tuesday.

“The line of the rail mass transit is double-track line of right side running, and standard-gauge is 1435mm. Work on the large scale project is going on smoothly,” he said.

According to him, it will be test-run by November and will be commissioned for public usage in December.

He said that the project, after completion, would generate employment and boost the commercial activities of the host communities.

“Abuja rail mass transit project is bound to accelerate the growth of national economy. The realisation of this large scale project will definitely deliver much benefits to the general public, such as better investment environment.

Tao, however, expressed concern about the vandalism of the rail facilities of the company.

“Despite the presence of security personnel, thieves still operate on weekly basis,” he said. He said that host communities often destroyed the perimeter fencing built to prevent trespassing on the rail track. This endangers lives as operational trains move constantly on the rail track.

“Safety is the most important thing in our operation. Even though we built fence to prevent trespass, they break it to cross the rail rack,” he said.