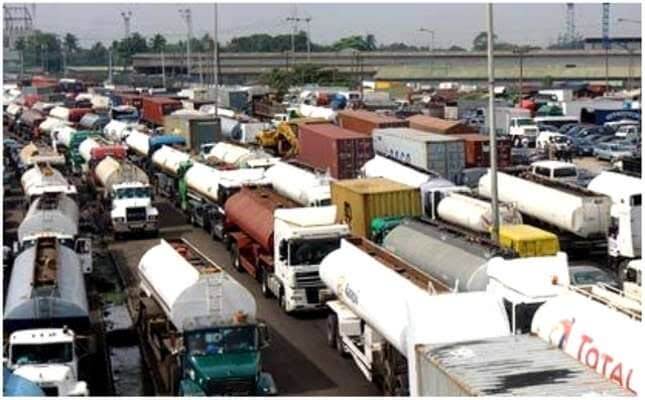 The Nigerian Economic Summit Group has described the congestion at the Apapa Port in Lagos as a huge set back to the country’s quest to support import and export activities.

It called on the Federal Government to intensify reforms at the nation’s ports to tackle the issue of congestion so as to boost economic activities.

The Group said this in a 15-point statement on the state of nation’s economy.

There have been issues of alleged corruption and extortion by government and security officials assigned to control the flow of goods at the port.

Nigeria’s Vice President, Yemi Osibanjo, who is heading the Presidential Task Force saddled with the responsibility of changing the state of Apapa gridlock had denied allegations of unfair practice.

Former Commissioner of Transport in Lagos State, Kayode Opeifa, who is the Executive Vice-Chairman of the task force had in July claimed that “The issue of gridlock in Apapa has ended as far back as July 2019 and we stand to defend it.”

But the NESG in the statement said the problem is far from being over.

It said, “We wish to call for urgent solutions to the Apapa Port congestion, and other difficulties in effecting prompt and efficient export and import of goods.

“The Seaport is an economic lifeline critical for the diversification of the Nigerian economy.”

The NESG acknowledged government’s efforts at re-opening the Eastern Port, but calls for a rail link between Onne and Port Harcourt.

The group noted that urgent attention was required so as to avoid replicating the Apapa Port congestion experience.

Congestion at the Apapa port is caused by long queues of tankers and container trucks either trying to access the ports to ship export containers or pick imported goods.

A Lagos based importer told THE WHISTLER that, “Apapa port is still too congested, it is quite difficult to find space for ships to even offload and may take over a week.”

According to him, it took his last shipment over two weeks to move out of the port during the Covid-19 lockdown period.

He said the process of transporting commodities in or out of Apapa wharf is “too tedious.”

How Federal Government Spent N10.4trn On Fuel Subsidy In 13 Years—Investigation

Airline Shutdown: What Govt Must Do To Make Aviation Fuel Affordable For Airline…