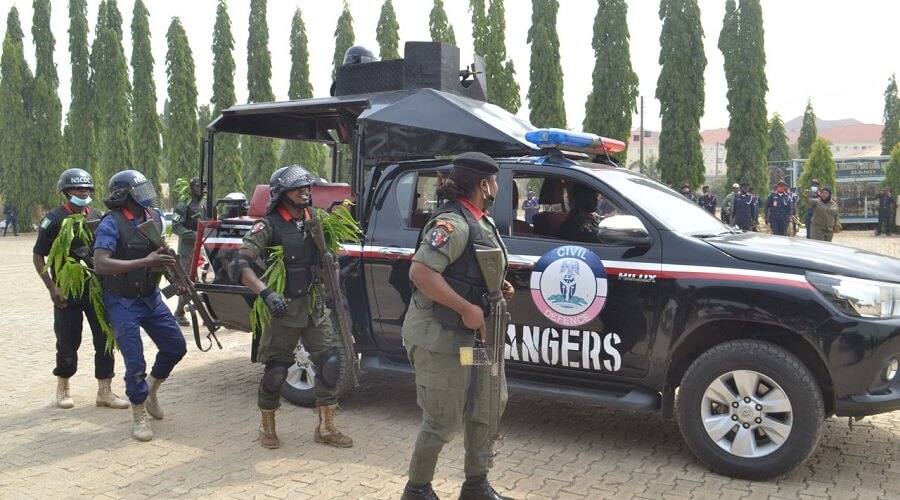 The Nigeria Security and Civil Defence Corps (NSCDC), has disclosed plans to transfer cases of corruption involving high-profile officers of the Corps to the Independent Corrupt Practices and Other Related Offences Commission (ICPC) for further action.

The Commandant-General, NSCDC, Ahmed Abubakar Audi, disclosed this during a courtesy visit to ICPC headquarters in Abuja.

According to Audi, the officers of NSCDC were aware of corruption and its associated risk due to the introduction of the Anti-Corruption and Transparency Unit (ACTU) in the Corps by ICPC.

He said, “NSCDC would discontinue with the high-profile corruption cases before it to allow ICPC that has the mandate and technical know-how to handle.

“NSCDC officers have benefited through the ACTU as they have been trained on Corruption Risk Assessment and System Study.”

Audi, speaking further asked for the support of the Commission on staff training, adding that the ICPC was better placed to train NSCDC’s officers on investigation techniques and intelligence gathering.

In his response, the Chairman of ICPC, Bolaji Owasanoye, while noting the critical link between corruption and insecurity, said that the Commission would work with NSCDC in tackling the problems bedeviling the nation.

He explained that the problem of insecurity facing Nigeria was triggered by high level of corruption and unstable economy.

According to him, synergy between the two agencies was paramount to national interest as information and intelligence gathering would help in combating corruption and to reduce the tendency to crime and criminality in the country.

However, Owasanoye said that the Commission was willing to help in capacity building for the officers and also to share knowledge on asset management and value with NSCDC.

Bode George: How I Stopped Secondus From Sending PDP To ‘Hell’

Igbos Have Money, But ‘Too Divided’ To Produce President In 2023 – Ogunlewe

ICPC Arraigns Varsity Registrar, Others For Demanding Bribe From Ex-Students