Osinbajo: Cabal Behind His Travails – Pastor Reveals Conversation With VP 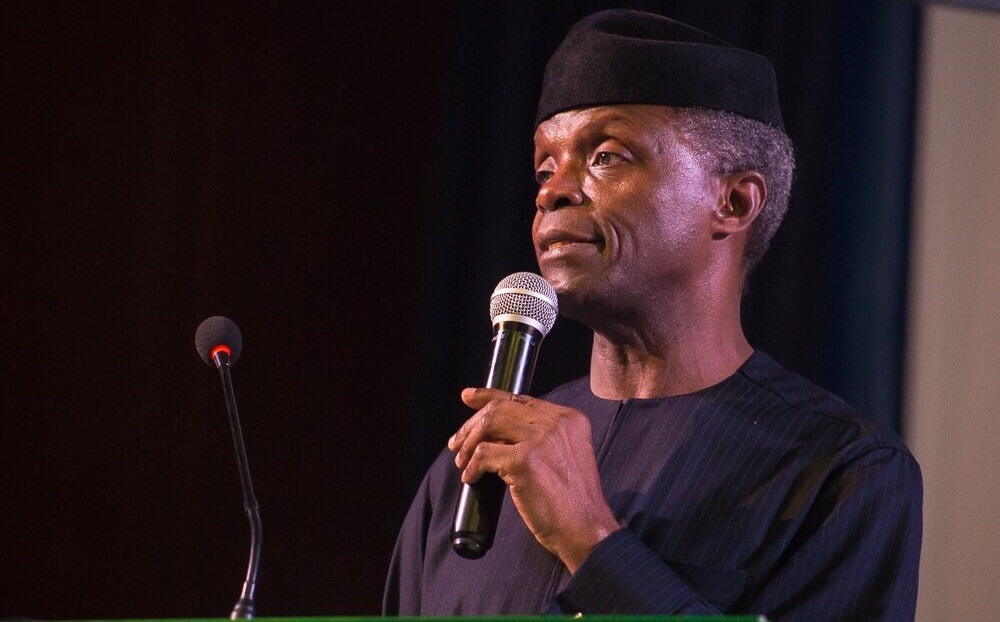 The Vice President, Yemi Osinbajo has denied any allegation of corruption against him, according to the founder and Presiding Bishop of the Sword of the Spirit Ministries, Wale Oke.

Oke said Osinbajo is not corrupt.

He stated this while receiving the Nigerian Association of Woman Journalists, led by Jadesola Ajibola, at the Covenant Arena, his church in the Agodi area of Ibadan.

The clergy noted that when the news of the N90bn illegal funding went viral, some Christian elders visited Osinbajo.

He said, “The VP did not only deny involving himself in any sleaze, but used the opportunity to inform us that some cabals were behind the allegations.”

The bishop noted that Nigerians must learn to reward committed, loyal and patriotic citizens in a positive way and at the same time, expose people who were corrupt.

“The VP is always reaching out to Christian leaders on the need to support Buhari. Osinbajo is loyal to a fault.

“So, those plotting his downfall through orchestrated campaigns should fear God. This man is not corrupt. He has been a friend for many years,” he added.

Return Of Toll Gates: ‘Monies Generated Must Not Be Stolen,’ Nigerians React