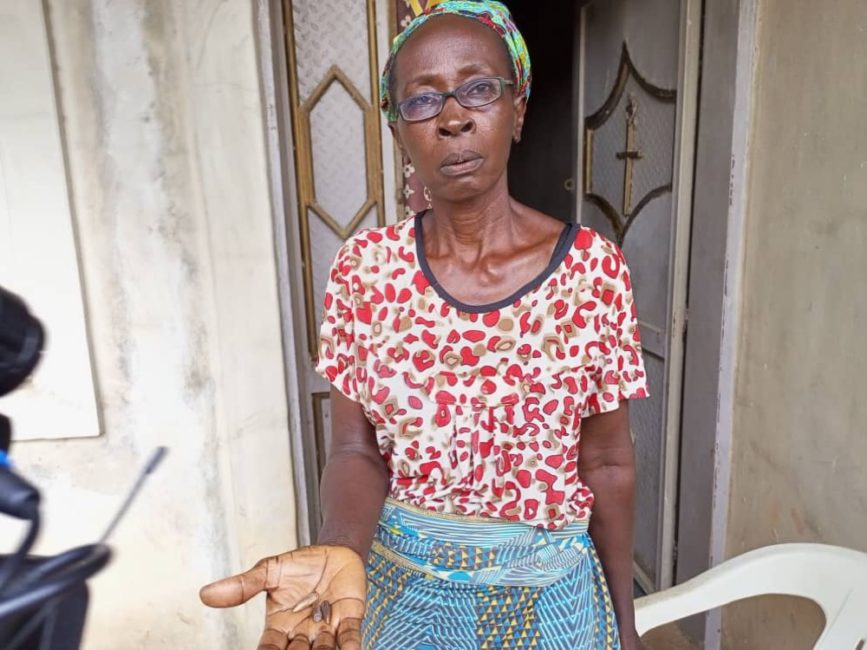 Some residents of areas close to the
2 Division Nigeria Army at Odogbo in Ibadan are living in fear following the constant shelling of their buildings by soldiers during shooting exercises.

Residents who took journalists around the area on Thursday showed damage done to their buildings and vehicles by bullets fired by soldiers during the last shooting exercise.

They said many residents had relocated from the area while some who have completed their buildings have not packed there because their roofs and walls had been perforated by flying bullets.

Some of them complained about how bullets hit their walls or fall on their beds during the shooting training and they said despite the destruction of their property and complaints from the community, the army has refused to stop.

One of the residents, whose windows and roofs were damaged, told journalists that they had staged protests and had complained but no positive result came out of their efforts.

A community leader, Asimiyu Abdulrauf, told journalists that the people had become frustrated while appealing to President Muhammadu Buhari and the Senate as well as the House of Representatives Committees on Nigeria Army to come to their aid.

He said, ” Government should help us. They should not wait till they finish destroying us before taking a step to stop this.

” We daily live in fear because we don’t know who would be affected. Windows are broken by bullets, roofs are perforated, vehicles are damaged and that is how we have been living.

” The area was not acquired by government or Nigeria Army. If it was, we would not have built here. We have lost so much to this but the army authorities are not concerned because we don’t have influential people who can tackle them.

“We are appealing to army authorities again to stop shooting into our areas because our lives are in danger. Some have died as a result of shock due to shooting. Is government going to wait till they kill of of us before they will stop them?”

Another resident, Mrs Kemi Oyewole, said she just brought back her sick husband from hospital on Tuesday when the shooting started again.

She said, ” I picked bullets right inside this room. My husband sat there when he came back from hospital and he just left when bullets landed there. Others landed in different places but I picked three and here are they. That is what we live with here.

“We have complained many times but it seems as if the soldiers are above the law so we are just praying to God to spare our lives.”

But the Deputy Director of Information at 2 Division Nigeria Army, Lt. Col Charles Ekeocha, could not be reached on the phone. Messages sent to him have not been replied to as at the time of filing this report