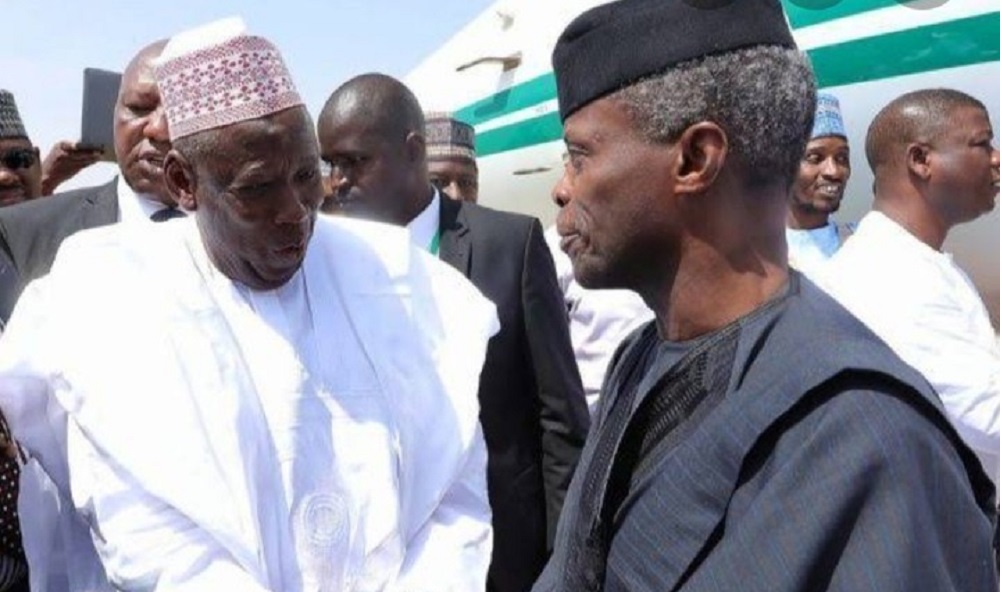 Osinbajo, who is an aspirant on the platform of the All Progressives Congress, APC, has been criss-crossing the country in his bid to win the required votes from delegates who are expected to vote during the party’s presidential primary scheduled for May 30 and June 1, 2022.

A statement shared on his twitter page by the VP’s Senior Special Assistant on Media and Publicity said Osinbajo was scheduled to continue his consultation with APC stakeholders in Kano delegates in the afternoon, but stopped “at the scene of this morning’s explosion in Sabon Gari before proceeding with the delegates’ interactive meeting.”

He added that Osinbajo was accompanied by Kano State governor, Umar Ganduje and expressed “condolences with victims of the explosion and their relatives, while also wishing the injured speedy recovery.”

The VP proceeded to the planned consultations according to his spokesman.

The early morning blast was said to have been caused by explosion of gas cylinders, leading to the deaths of at least 9 persons, according to the State Emergency Management Authority.

Tinubu Leaves For France After Meeting With Buhari