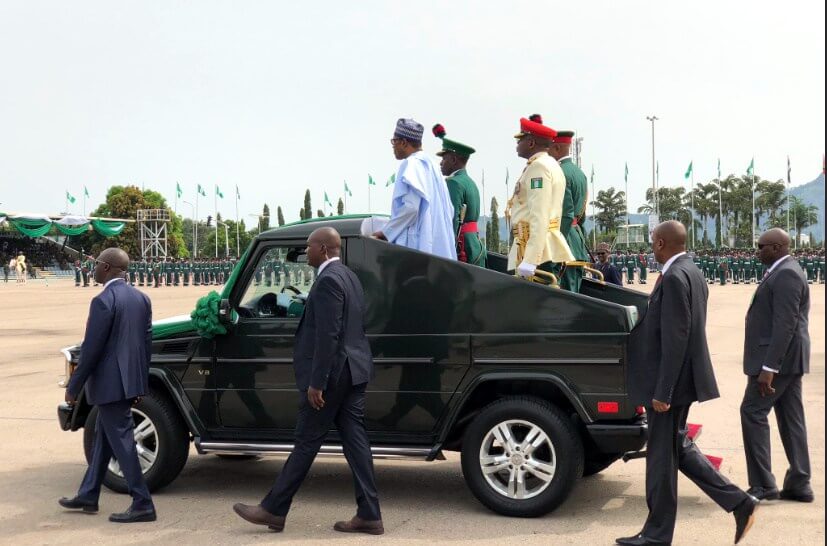 President of the Senate, Bukola Saraki; and the Speaker of the House of Representatives, Yakubu Dogara, were on Monday visibly absent at the Eagle Square in Abuja where Nigeria’s 58th Independence anniversary was celebrated.

Present at the parade were President Muhammadu Buhari; his vice, Yemi Osinbajo; the Chief Justice of Nigeria, Walter Onnoghen; and former Head of State, Yakubu Gowon among others.

Their absence at the anniversary which was last held 8 years ago at the Eagles Square maybe unconnected with the ongoing face-off between the leadership National Assembly and the Presidency.

Recall that Saraki and Dogara had recently defected from the ruling All Progressives Congress (APC) to the opposition Peoples Democratic Party (PDP).

The Federal Government had since 2010 opted for a low key celebration for all Nigeria’s independence anniversary at the forecourt of the President’s office in the Presidential Villa instead of the Eagle Square which had been the venue of major national events.

Nigeria became a British protectorate in 1901 and colonization lasted until 1960 when an independence movement succeeded in gaining Nigeria its independence.