Soludo To Contest Anambra Guber Despite Being Dropped By INEC 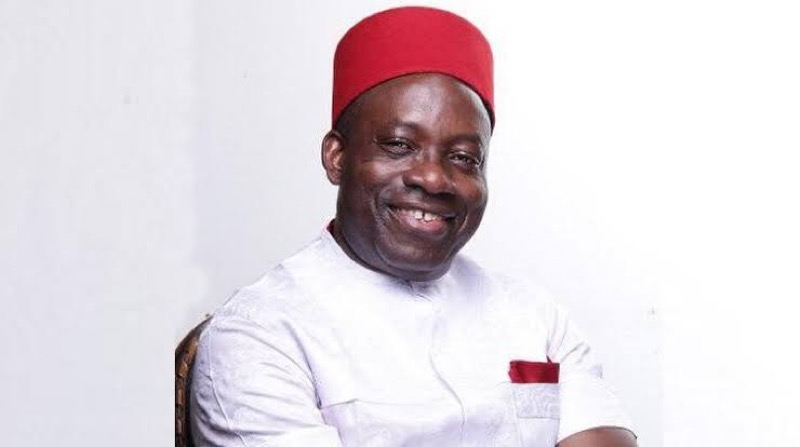 Former governor of the Central Bank of Nigeria (CBN), Prof Chukwuma Soludo, weekend, said he would still contest the Nov 6 Anambra gubernatorial election despite being excluded by the Independent National Electoral Commission (INEC).

THE WHISTLER reports that Soludo emerged the candidate of the All Progressives Grand Alliance in a primary election conducted by the mainstream members of the party on July 23.

However, INEC rather published Chukwuma Umeorji as the standard-bearer of APGA based on a court order. Umeorji was victorious in the primary conducted by the Jude Okeke faction of the party.

But Soludo, in a statement by his media aide, Joe Anatune, said he would contest and ‘win’ the election.

The statement read that, “The Chukwuma Soludo Campaign has been briefed on a publication by the INEC where Honourable Chukwuma Umeorji has been published as the candidate of the APGA in the November 6, 2021, gubernatorial election in Anambra State.

“The INEC publication is based on a judgment by a High Court in Jigawa State, and the electoral body sensibly wrote that its inclusion of Umeorji as a candidate in the election is ‘By Judgment’.”

The statement called for calm among Soludo’s supporters, adding that, “Prof Chukwuma Charles Soludo will participate in the governorship election as the APGA candidate. His nomination was strictly in line with the Electoral Law and INEC guidelines.

“INEC observed the APGA Congress on Wednesday, June 23, 2021, where he was nominated after winning 93.4 per cent of the valid votes cast in a free, fair and transparent manner which was broadcasted live on national television networks as part of deepening the democratic process in Nigeria.

“Our team of dedicated and competent legal experts has studied the judgment, and is confident of overturning it effortlessly. The party is at liberty to nominate the right candidate so long as due process is followed. Soludo’s nomination followed due process religiously.”

Civil Servants To Get Salary Before Sallah As FAAC Shares N733.09bn To Three Tiers Of Govt