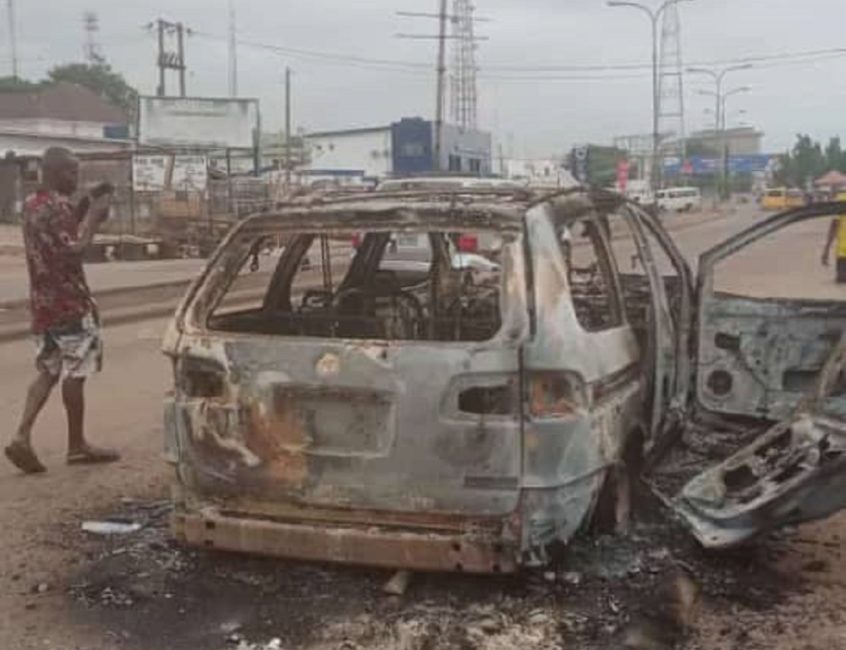 A yet-to-be-identified traveller was Monday morning killed at the popular Chris Chemist Roundabout in Enugu.

The attackers operated in a mini-bus, our correspondent gathered. A Sienna bus was also set ablaze by the unknown men at the scene of the killing.

A witness said the aim of the attackers could not be ascertained. He however said, “Today is sit-at-home. The victim seemed to be travelling.”

ASP Daniel Ndukwe, Enugu State Police Command’s PRO, told newsmen that the victim was rushed to hospital where he was confirmed dead.

He said, “Yet-to-be identified miscreants, operating in a mini-bus, shot an unidentified male traveller and in the process torched a Sienna vehicle around Chris Chemist Roundabout, Enugu, in the early morning hours of today.

“The victim was immediately moved to the hospital for treatment by the police operatives.

“They responded to a distress call on the incident. He was later confirmed dead by doctors on duty. The remains were deposited in the mortuary for preservation and autopsy.

“Manhunt of the assailants has been launched. The state generally remains relatively peaceful.”

The incident forced many residents who had come out to return home for safety. Security patrols have been intensified in the state metropolis.

Our correspondent reports that Chris Chemist, situated in the heart of Ogbete Main Market, is located less than one kilometre to the state police command’s headquarters.