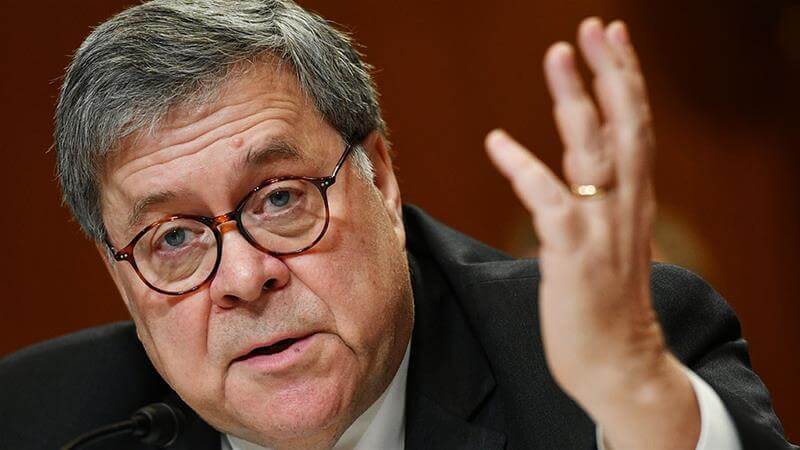 The United States Attorney General, William Barr has criticized the tweets by President Donald Trump, Congress and news editorials regarding the U.S. justice system, adding that it wearies their resolve to do their work well.

He also urged them to “stop tweeting about Department of Justice criminal cases”.

The development made the four U.S prosecutors who earlier made the recommendations to quit the case in protest; with one of them resigning outrightly.

The attorney had also been criticized for doing the bidding of the president.

But in an interview with ABC News, Barr denied that his decision was influenced by the president, adding that he never spoke with the president on the Roger case.

“In fact, the president has never asked me to do anything in a criminal case.”

But the attorney warned that tweets about ongoing criminal trial  poses a threat to judicial processes, adding that the tweets are problematic going by the polarized situation of the country.

“But to have public statements and tweets made about the department or people in the department or cases pending here and about judges before whom we have cases, makes it impossible for me to do my job and to ensure that we are doing our work with integrity.”

“I cannot do my job here at the department with a constant background commentary that undercuts me,” he added.

He also stressed that neither the president nor the congress can influence his decisions in criminal cases, and that he would work within the guidelines of the U.S. constitution.

“I gonna do what I think is right and I am not going to be bullied or influenced by anybody, whether it is Congress, a newspaper editorial board or the president.

‘You Have No Right To Regulate University Security’ – Court Tells AGF, NSCDC