We Must End ‘This Criminality’ Called Oil Subsidy- Peter Obi 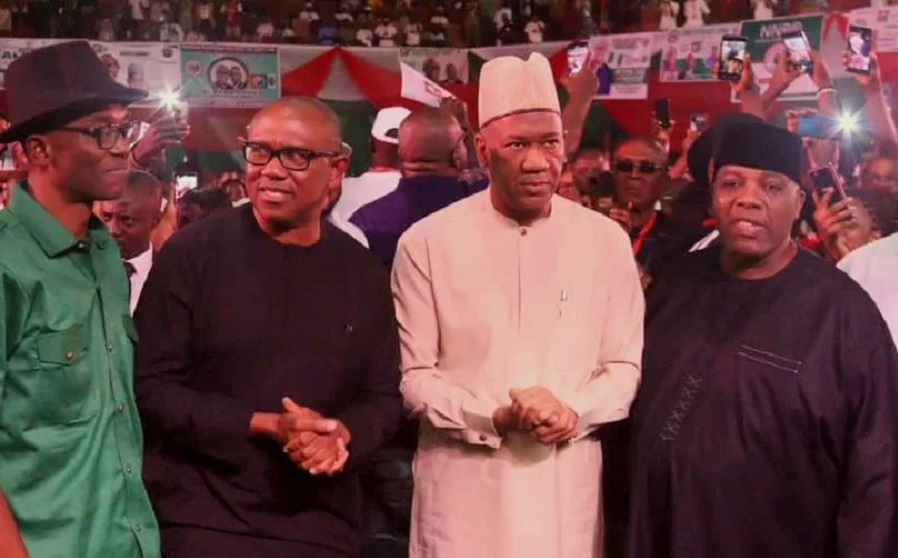 The presidential candidate of the Labour Party, Peter Obi, has stated that Nigeria must end the oil subsidy regime which he described as “criminality.”

Obi spoke shortly after making a remark at The Coalition for Peter Obi Leadership Summit in Abuja on Thursday.

The former Anambra State governor said, “From where I stand, I dare to proclaim that Nigeria’s Democracy must survive!

“The new alliance that we seek is between Nigerian youths, the Labour Party, which represents Nigerian workers, and like minds. Collectively, it is an alliance of the #OBIdients!

“Going forward, we must look for ways to move Nigeria beyond oil. We must end this criminality called ‘oil subsidy’. Nigeria today is vastly polarised and wrecked by divisions that run deep along religious, ethnic and regional lines,” he stated.

He pointed out that there is a staggering level of corruption, adding that Nigerian universities have remained closed for over five months, “while our healthcare system remains comatose, power generation and distribution are also at an all-time low.

“After we win the 2023 elections, we intend to use the instruments of job creation and regenerative investments to drastically reduce the high incidence of insecurity and poverty, while moving the economy from the consumptive to the productive mode.

“Undoubtedly, the greatest challenge we face beyond bad leadership, is lack of elite consensus. But, let us not forget Dante Alighieri‘s admonition, that ‘The hottest places in hell are reserved for those who, in times of great moral crisis, maintain their neutrality’.”

The former Vice Presidential candidate of the Peoples Democratic Party, PDP, added that, “History must serve as a tool in our decision making. The implosion of Nigeria has long been forecasted. Year 2023 could be a tipping point in the annals of our history. But that must not happen, even as the options before the electorate seem stark.”

Obi boasted that the party’s “structure is everyone seated in this hall today! Yes, we have structure, and we are ready to move mountains to save Nigeria.”

Speaking at the Summit, Obi said the Vice Presidential candidate of the party, Yusuf Datti Baba-Ahmed, said he did not want to be the Vice President but he challenged him what he will leave behind for his children and the young ones.

He said the need to create a better future motivated them hence their decision “to get involved.

‘Where Is Tinubu?’ – Nigerians Ask Whereabouts Of APC Presidential…