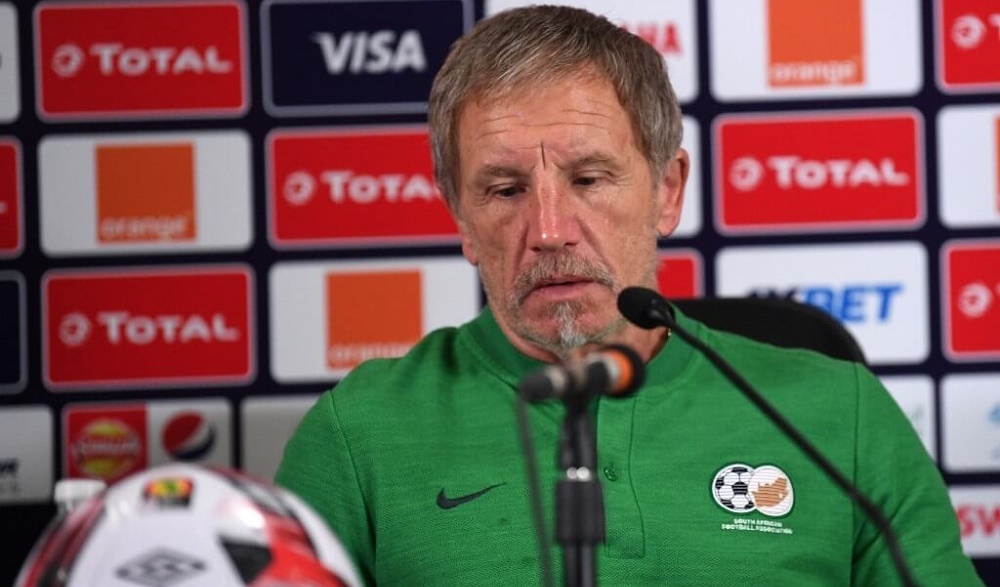 Following a disappointing outing at the just concluded Africa Cup of Nations, AFCON 2019 in Egygt, Stuart Baxter has resigned as South African coach.

According to reports, Baxter was widely unpopular with the South African public, while the media welcomed his decision to leave a job reportedly worth 490,000 rands ($33,500/30,000 euros) a month.

“I feel that I cannot continue to work with the required professionalism and passion as I have done,” the 65-year-old England-born Baxter told a press conference at a Johannesburg sports club.

In a recent reaction to a constant stream of criticism, Baxter said there were “54 million national coaches in South Africa”, a reference to the 58.7 million population of the country.

Recall that the Bafana Bafana (The Boys) stunned Cup of Nations hosts Egypt in the round of 16, they made a timid exit against Nigeria in the quarter-finals.

They had been even more unimpressive at the group stage, losing to the Ivory Coast and Morocco and struggling to overcome minnows Namibia.

In the 2018 World Cup qualifying campaign, Baxter had flopped, losing four of five matches as South Africa finished bottom of a group won by Senegal.

Kenyans Can Enter South Africa Without Visa From January 2023

The Wolverhampton-born coach had a first stint coaching South Africa with little success a decade ago, failing to take the country to the 2006 World Cup.

He is the ninth coach to quit or be fired since the Cup of Nations ended on July 19 with Algeria defeating Senegal in the final.

Renard, the most high profile coach in Africa and the only one to guide two countries to the Cup of Nations title, has been hired by Saudi Arabia.

Desabre, who took Uganda to the knockout phase for the first time since 1978, moved to Egyptian club Pyramids, who will debut in the second-tier CAF Confederation Cup next season.

U.S Withdraws From INF Treaty With Russia As UN Warns Of Nuclear War