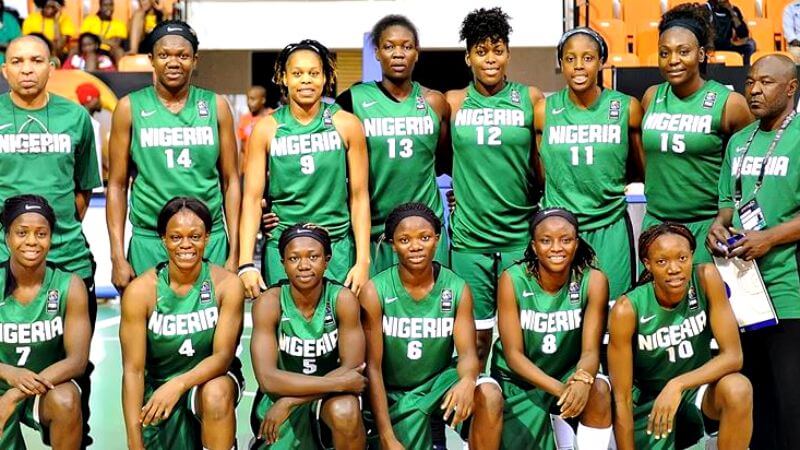 With the victory, Nigeria has won all its games and is looking forward to land in the final of the competition.

D’Tigress wasted no time in the second half recording a 34-8 in the third quarter and at this period the Sam Vincent girls were just too much for their opponents to contend with.

Nigeria settled the score line at 106-33 recording the biggest win in the competition since it dunked off on Aug. 18.

The victory stretches Nigeria’s head-to-head with Guinea to five victories out of five in the past meets.

The team’s star player in the competition, Evelyn Akhator, led the floor with 24 points, seven rebounds and three assists, while Sarah Ogoke had 13 points and two rebounds.

D’Tigress, who are already through to the quarter-finals of the championship would play defending champions Senegal on Wednesday to determine the group B leader.

Nigeria’s other previous records in the competition so far are, 80-69 over Mozambique in their opening game, 84-47 against Congo Democratic and 106-72 against Egypt.

Meanwhile in the other matches played on Tuesday, host Mali have become the sixth team to attain a place in the Quarter-Finals of the ongoing FIBA Women AfroBasket 2017 after making light work of winless Central African Republic 97-38.

They now join Angola, Egypt, Mali, Mozambique, Nigeria and Senegal who have already secured their tickets for last eight.

Just In: Drama In Tokyo As D’Tigress Lose To USA In First Olympic Appearance…