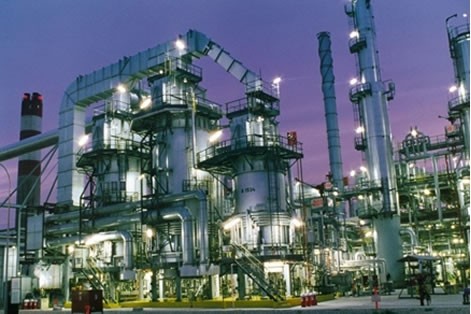 Nigeria’s crude oil production fell by 250,000 barrels per day (bpd) in November, making the country lose its status as Africa’s top oil producer to Angola, latest data from the Organisation of Petroleum Exporting Countries (OPEC) has shown. Nigeria recorded the biggest drop in output in November among its peers in OPEC, followed by Saudi Arabia, the group’s biggest producer.

If it does not happen, it is clear that OPEC will need to have a very urgent meeting,” Interfax quoted the OPEC president as saying.â€¨On December 4, OPEC decided to keep the current output level of around 31.5 million barrels per day despite oversupply on the global oil market.â€¨On Monday, Brent and WTI benchmarks sank to lows not seen since 2009. Brent crude fell below $37 a barrel while the US benchmark WTI dropped to below $35 per barrel.â€¨Crude prices rebounded slightly in early trading yesterday with Brent trading at $37.73 and WTI at $36.18 per barrel as of 8.36am GMT.â€¨OPEC produced 31.7 million barrels per day in November. It is the highest output in over three years and 1.7 million barrels per day over its former production limit.

Less affluent OPEC states like Algeria, Angola, Nigeria and Venezuela have been calling for production cuts in order to increase crude prices. ¨But OPEC’s biggest producer Saudi Arabia is refusing to cut crude output in order to defend its market share. Riyadh is hoping to squeeze out its competitors, primarily the US and Russia.â€¨In a move that some see as Moscow calling Riyadh’s bluff, Russia’s Finance Ministry announced this week that it is drawing up plans based on the price of oil as low as $30 a barrel until 2022.

¨That scenario would have devastating implications for OPEC, according to Russia’s Deputy Finance Minister Maxim Oreshkin.

¨In a related development, the Secretary General of OPEC, Abdullah al-Badri, has said that global crude oil prices could witness a rebound within one year. ¨Reuters reported that most analysts however do not expect oil prices to regain the $100 mark until 2017 or later, arguing that producers will continue to pump out more crude than the market can consume. But speaking yesterday at the first OPEC-India Energy Dialogue in New Delhi, Badri said he had seen six price cycles in the oil business, adding that the current low price would not continue. I have been in the oil business all my life. I saw six cycles – I saw very high prices, I saw low prices, and this is one of them.

This will not continue,” Badri said. In a few months or a year or so this will change,” he added.â€¨He said OPEC does not have a target price but was looking for a fair value that means “member countries can have a decent income and also where we can invest to (provide) more supply to the consumers”. The world is already producing up to 2 million bpd more oil than it consumes, with OPEC pumping at near-record levels in an attempt to drive higher-cost producers such as US shale oil drillers out of the market.

Its strategy appears to some extent to be working. Non-OPEC annual supply growth shrank to below 300,000bpd in November from 2.2 million bpd at the start of the year, according to the International Energy Agency (IEA).â€¨Oil output could decline in the next two to three years as low prices have resulted in a planned $130 billion in investment being cut this year, Badri said, adding that non-OPEC supplies are set to decline by about 400,000 bpd next year. OPEC, at its last meeting failed to agree on an output ceiling, raising the stakes in a battle for market share that began at the end of 2014.

Another big supplier Iran has been clear that it aims to raise its output by at least 1 million bpd – about one per cent of global supply, after sanctions against it are lifted next year. OPEC is determined to keep pumping oil vigorously despite the financial strain even on the policy’s chief architect, Saudi Arabia, alarming weaker members of the cartel who fear prices may slump towards $20 a barrel.â€¨But Badri said even if the United States government begins to allow more exports of crude, prices will not be weakened further and OPEC can continue to produce at current rates.

Smoking Is Down Among Young Adults, But The Reason Is Not What You Think

2023: ‘Nigeria Must Remain Bastion Of Democracy’ — U.S Warns Against…