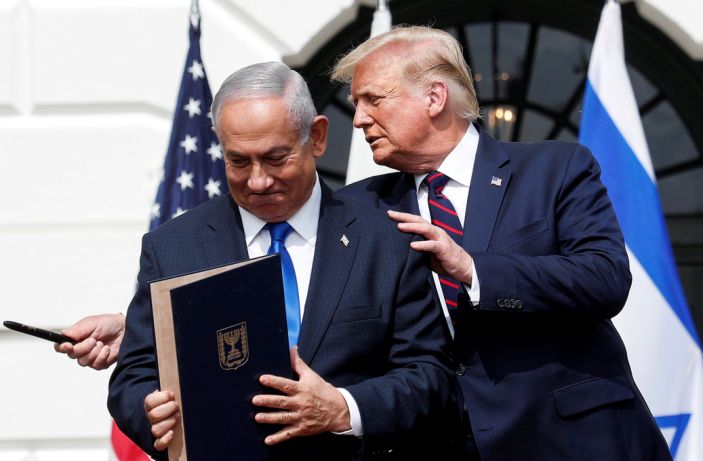 The nation of Israel is set to normalize bilateral relations with Morocco, a north African (Arab) country.

The United States president Donald Trump disclosed this in a tweet on Thursday.

According to Trump, the U.S. government will back Morocco’s sovereignty over the Western Sahara.

“Another HISTORIC breakthrough today! Our two GREAT friends Israel and the Kingdom of Morocco have agreed to full diplomatic relations – a massive breakthrough for peace in the Middle East!

“Today, I signed a proclamation recognizing Moroccan sovereignty over the Western Sahara.  Morocco’s serious, credible, and realistic autonomy proposal is the ONLY basis for a just and lasting solution for enduring peace and prosperity!” he tweeted.

The development is coming after Israel had normalized relations with three Arabian countries – United Arab Emirates, Bahrain, and Sudan.

Israel PM To Work From Home After Contracting Covid-19