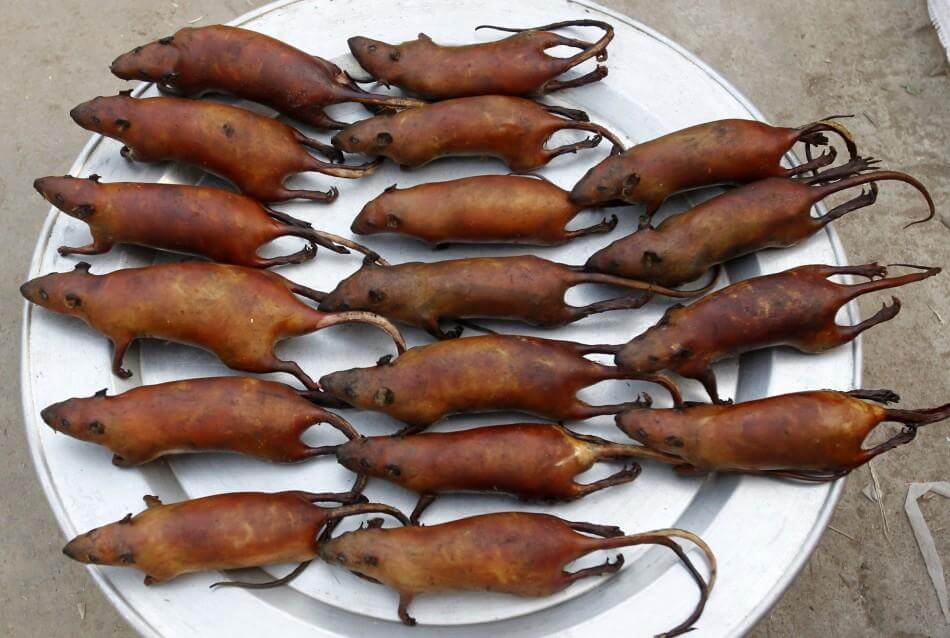 The vast illegal wildlife trade and humanity’s excessive intrusion into nature is to blame for the coronavirus pandemic, says a leading US scientist,,Thomas Lovejoy.

He said,  “this is not nature’s revenge, we did it to ourselves.”

According to Lovejoy, scientists are discovering that  two to four new viruses are created every year as a result of human infringement on the natural world, and any one of those could turn into a pandemic.

Lovejoy, who coined the term “biological diversity” in 1980,  is often referred to as the godfather of biodiversity.

“This pandemic is the consequence of our persistent and excessive intrusion in nature and the vast illegal wildlife trade, and in particular, the wildlife markets, the wet markets, of south Asia and bush meat markets of Africa… It’s pretty obvious, it was just a matter of time before something like this was going to happen,” said Lovejoy, a senior fellow at the United Nations Foundation and professor of environment science at George Mason University.

His comments were made to mark the release of a report by the Center for American Progress arguing that the US should step up efforts to combat the wildlife trade to help confront pandemics.

Wet markets are traditional markets selling live animals (farmed and wild) as well as fresh fruit, vegetables and fish, often in unhygienic conditions. They are found all over Africa and Asia, providing sustenance for hundreds of millions of people. The wet market in Wuhan believed to be the source of Covid-19 contained a number of wild animals, including foxes, rats, squirrels, wolf pups and salamanders.

Lovejoy said separating wild animals from farmed animals in markets would significantly lower the risk of disease transmission. This is because there would be fewer new species for viruses to latch on to. “[Domesticated animals] can acquire these viruses, but if that’s all there was in the market, it would really lower the probability of a leak from a wild animal to a domesticated animal.”

He told the Guardian: “The name of the game is reducing certain amounts of activity so the probability of that kind of leap becomes small enough that it’s inconsequential. The big difficulty is that if you just shut them down – which in many ways would be the ideal thing – they will be topped up with black markets, and that’s even harder to deal with because it’s clandestine.”

The pandemic will cost the global economy $1tn this year, according to the World Economic Forum, with vulnerable communities impacted the most, and nearly half of all jobs in Africa could be lost. “This is not nature’s revenge, we did it to ourselves. The solution is to have a much more respectful approach to nature, which includes dealing with climate change and all the rest,” Lovejoy said.

His comments echo those of a study published in the journal Proceedings of the Royal Society B earlier this month that suggested the underlying cause of the present pandemic was likely to be increased human contact with wildlife.

Experts are divided about how to regulate the vast trade in animals, with many concerned the poorest are most at risk from a crackdown. Urgent action on the wildlife trade is clearly needed, said Dr Amy Dickman, a conservation biologist from the University of Oxford, but she was “alarmed” by calls for indiscriminate bans on the wildlife trade.

She is one of more than 250 signatories of an open letter to the World Health Organization and United Nations Environment Programme saying any transition must contribute to – and not detract from – the livelihoods of the world’s most vulnerable people, many of whom depend on wild resources for survival. Other signatories include representatives from the African Wildlife Foundation, the Frankfurt Zoological Society and IUCN (International Union for Conservation of Nature).

The letter reads: “Covid-19 is inflicting unprecedented social and economic costs on countries and communities, with the poor and vulnerable hardest hit. The virus’s suspected links with a Chinese ‘wet market’ has led to calls to ban wet markets and restrict or end the trade, medicinal use and consumption of wildlife. However, indiscriminate bans and restrictions risk being inequitable and ineffective.”

Scientists and NGOs are concerned that over-simplistic and indiscriminate restrictions will exacerbate poverty and inequality, resulting in an increase in criminality. This could accelerate the exploitation and extinction of species in the wild, authors of the letter warn.

“People often seem more willing to point the finger at markets far away, as bans there will not affect their everyday lives – although they will often affect the rights of extremely vulnerable people,” said Dickman.

There are also concerns about the impacts of an outright ban on a number of indigenous populations, such as tribes in Orinoquia and Amazonia, with representatives describing it as an “attack” on their livelihoods.

Mama Mouamfon, who is based in Cameroon and directs an NGO called Fondation Camerounaise de la Terre Vivante (FCTV), said banning the trade would damage livelihoods: “Bush meat is very important for people in the forest because it’s one of the best ways to get animal protein. With this issue of poverty and people living in remote areas, it’s not easy for them to look for good meat,” he said.

“Sometimes people take decisions because they are sitting in an office and are very far from reality. If they knew our reality they would not take that [same] decision.”ppp