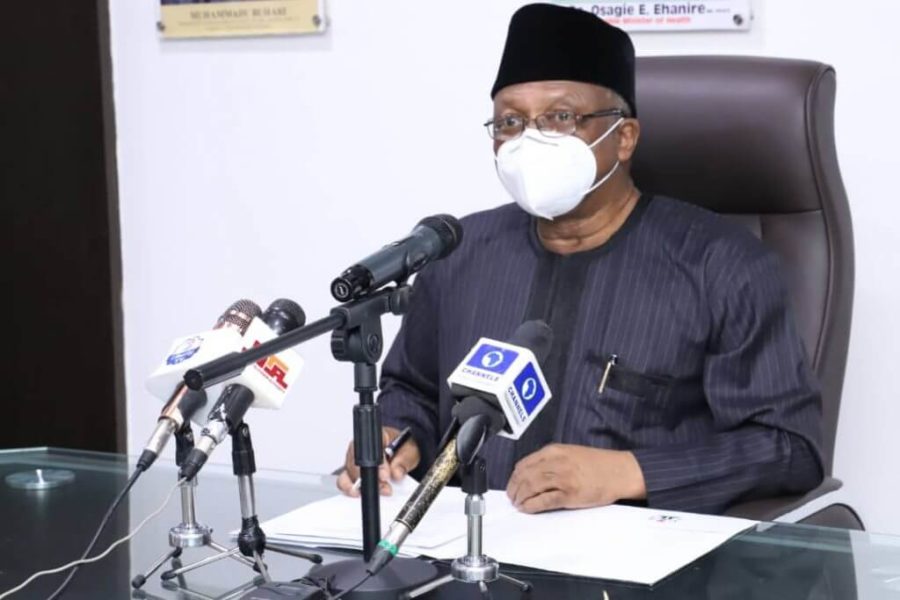 Ehanire, while addressing reporters at the nation’s capital Abuja, said the the ministry of finance had released 10 billion naira to support domestic vaccine production.

He stated that Africa’s most populous nation was exploring options of “licensed production in collaboration with recognised institutions”. The minister further noted that the government is already in talks with “one or two producers.

“Nigeria has written to express interest in 10 million doses of the viral vector vaccine, which could be supplied as from March 2021. This vaccine does not require deep freezers,” Ehanire said.

Recall that THE WHISTLER had last week reported that the African Union has secured a provisional 270 million COVID-19 vaccine doses from manufacturers for member states.

According to the minister, the purchase of the vaccine doses is part of the COVAX programme, backed by the World Health Organization (WHO) that aims to secure fair access to COVID-19 vaccines for poor countries.

Nigeria has entered a second wave of coronavirus infections, with the number of COVID-19 cases detected in the country in the past three weeks on a steady rise. As of Tuesday, Nigeria had 112,004 confirmed cases and 1,449 deaths.

WHO Africa director Matshidiso Moeti last week said African countries could start to receive the first doses from COVAX by the end of March, with larger deliveries by June, Reuters reports.

Recall that Ehanire had earlier announced that the government would receive 20 million doses of a COVID-19 vaccine by January 2021.

Cholera Can Kill Within Hours If Not Treated, NCDC Warns