FIFA U-17 W’CUP: We Will Be Mentally Ready For Mexico – Amuneke 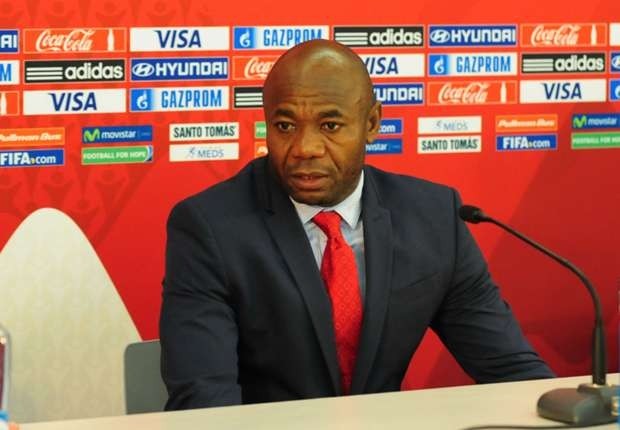 Golden Eaglets head coach, Emmanuel Amuneke said his team cannot afford to lose to Mexico in their semifinal clash at the on-going Chile 2015 FIFA Under-17 World Cup, which is to be played at the Estadio Municipal in Concepcion on Thursday.

The 44-year old also said the Golden Eaglets will avoid what was called the ‘Chile Debacle’ by a section of the Nigerian media, where a star-studded U-20 squad of 1987 were humiliated following a 4-0 loss to Brazil at the Chile 1987 FIFA U-20 World Cup.

The 1994 African player of the year insisted that he is not bothered about the failure of the U-20 team at Chile 28 years ago, maintaining that the Golden Eaglets must be at their best against the Mexicans.

Amuneke said, “We can’t afford to lose (at the same venue) to Mexico and this is an important game for us.

“Sincerely, I can’t remember anything about Chile ‘87 and I don’t want to be bothered about that.

“The Mexicans are a very good side and their performance so far at Chile 2015 is an indication that they have a very solid structure back home.

“But we are working to ensure that the players are mentally ready for this big match.”

Nigeria and Mexico have met thrice at the FIFA U-17 World Cup, with the Golden eaglets winning two of the three encounters, the latest was a 3-0 win at the 2013 final.

ICPC Set To Probe 6 Past Governors For Corruption