Nigeria Politics
By Olufemi Makinde On May 28, 2022 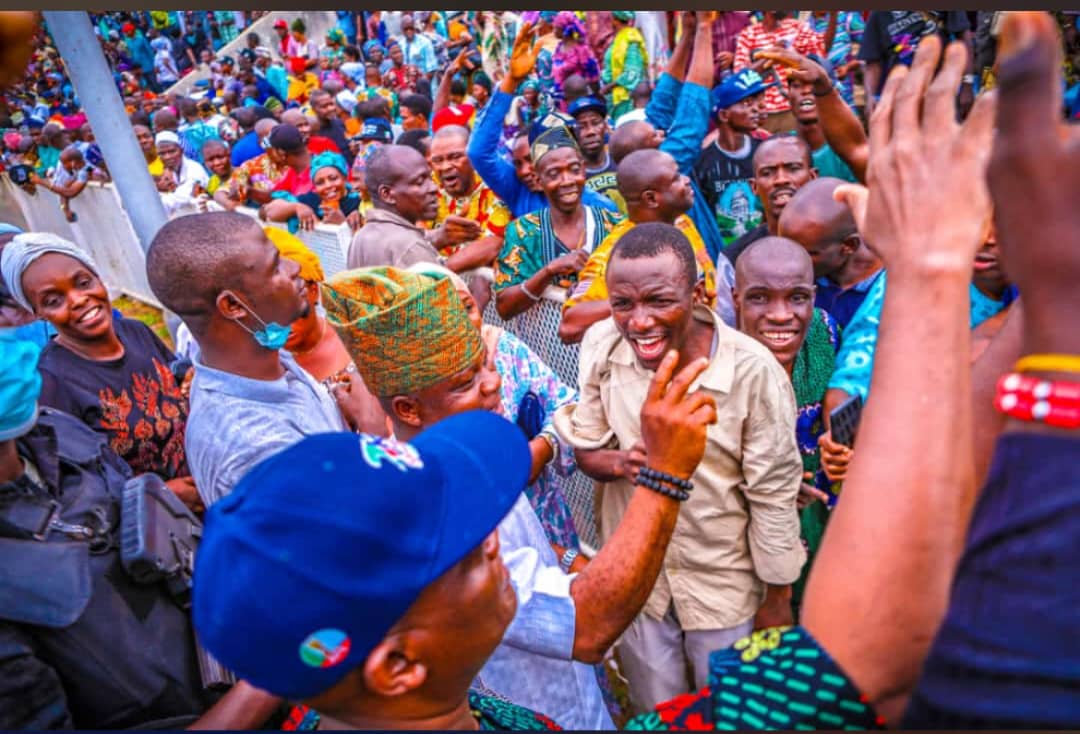 The Chairman of the APC Electoral Committee, Senator Tokunbo Afikuyomi, declared Folarin the winner of the contest after scoring 954 votes to defeat Chief Adebayo Adelabu, who polled 327 votes.

Hakeem Agbaje came third with 16 votes; Akeem Oyedele six votes; and Dr Azeez Adeduntan two votes while Chief Niyi Akintola ( SAN) scored no vote after he had announced his withdrawal from the race due to alleged doctored delegates list.

Adelabu, who was the APC flag bearer in 2019 governorship election, refused to show up for the primary poll held at the Obafemi Awolowo Stadium, Ibadan.

Folarin would face incumbent Governor Seyi Makinde in the election which will determine who leads the Pacesetter State beyond May 29, 2023.

Amidst jubilation by his supporters, Folarin said there was no victor ,no vanquished in the contest. He called for unity among the opposition party ahead of the election

He said, “I want to state that there is no victor, no vanquished in the contest for the 2023 governorship ticket of our great party as Chief (Barr.) Niyi Akintola SAN, Chief Adebayo Adelabu OFR, Chief (Dr.) Azeez Adeduntan, Barr. Akeem Agbaje and Engr. Akeem Alao are also eminently qualified to govern our dear state. We are all winners today, and together we shall take back Oyo State from the misruling PDP government in 2023.

“Only God gives powers. To this end, I enjoin my fellow contenders, their supporters and our teeming members to take ownership of the Oyo 2023 Rescue Mission project, regardless of today’s result. Let’s come together as family members to build a formidable and indivisible Oyo APC that is capable of ensuring electoral victories in 2023.

“I dedicate my nomination to the good people of Oyo State, who are yearning for a masses-oriented government, and also to my late wife (Barrister Angela Nwaka Folarin) with whom I started the 2023 Rescue Mission, but who is not alive to witness the successful outcome of today’s primary election.

“I take solace in the fact that she will be happy that our 2023 Rescue Mission train is moving at the highest speed to crush the self-serving government of PDP in Oyo State because she wanted a greater Oyo State. I also dedicate my nomination to the memories of late former governors Adebayo Alao-Akala and Abiola Ajimobi.”