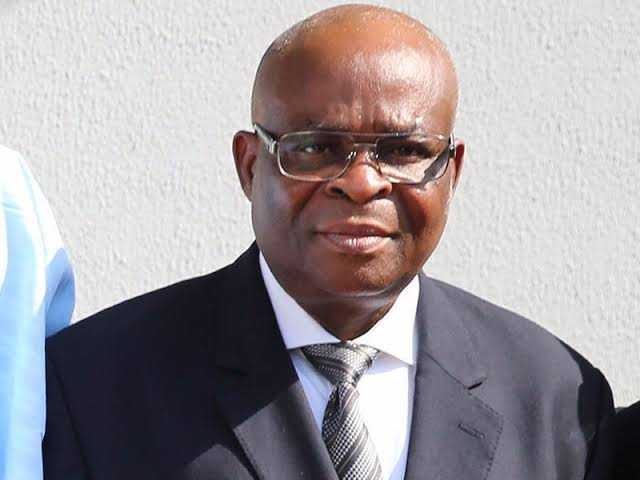 Former Chief Justice of Nigeria, Walter Onnoghen, on Friday urged upcoming judges to be wary of injustice or else the country may be headed for “doom”.

Onnoghen gave the advise during the launching of a book authored by James Onoja, SAN – one of the counsels who represented him in court when he was facing legal actions following his removal in 2019.

THE WHISTLER had reported that Onnoghen was removed as CJN following an ex-parte application filed at the Code of Conduct Tribunal on Feb. 23, 2019.

The former CJN’s travail started when the Code of Conduct Bureau (CCB) indicted him over allegations of false assets declaration.

But on Friday, he described the experience as his dark days as a public officer.

He used the opportunity to challenge judicial officers to stand their ground and protect the constitution and not be biased when interpreting it.

“Let me make it clear that the office of the CJN was not for Onnoghen but for all Nigerians who had sworn to guide and protect the Constitution of the Federal Republic of Nigeria.

“To say the least, the period of my ordeal was the darkest era in the history of the Nigerian judiciary

“As I have said severally, Judicial officers must be courageous. And I want to beg all serving judicial officers not to be discouraged by what happened to me in the hand of the Executive arm of the government.

“Emerging Nigerian judges should not go the direction of injustice because without courageous judges and justice, Nigeria is doomed.

“Here, let me sound this note of warning that the appointment of judicial officers must never be allowed to be politicised, otherwise, democracy and democratic governance will be dead.

“During my tenure, the problem of Nigeria was not the Nigerian judiciary, but those who had no regard for the rule of law. We must therefore be committed to the rule of law and dispense justice without fear or favour.

“Truth stands, crush it, it will stand because it is truth,” he said as quoted by Premium Times.

UPDATED: Miyetti Allah Behind Plot To Eliminate Me, Gov Ortom Speaks On Attack

BREAKING: CJN Tanko Muhammad Down With COVID-19, Flown To Dubai