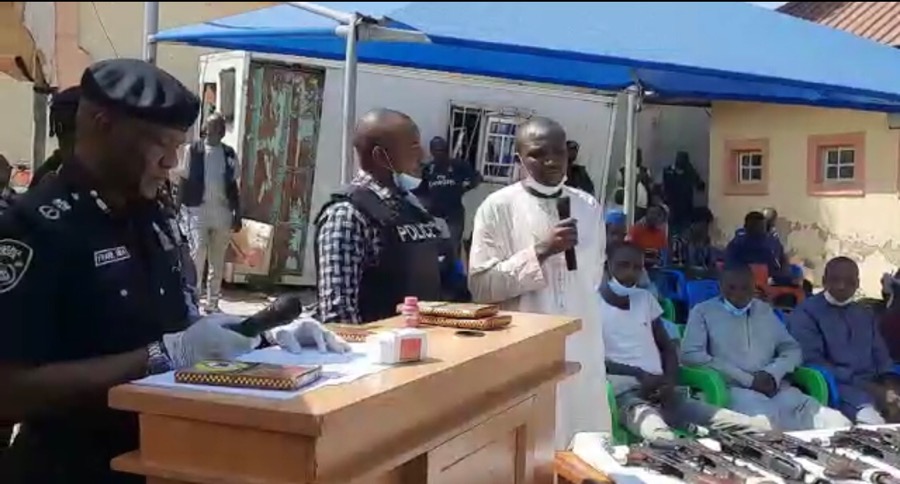 The Nigerian Police Force (NPF) has paraded a total of 32 male high-profile terror suspects over offences bordering on Banditry, homicide, unlawful possession of weapons, trafficking in drugs and other heinous crimes.

Frank Mba, Spokesman of the Police, said the suspects were arrested following relevant intelligence and operations of the IRT/STC in partnership with the police commands in some North-West states including Zamfara, Niger, Kaduna, Kebbi and Sokoto states.

Mba revealed that a total of 453 rounds of live ammunition were recovered as well as 17 vehicles of different types.