Saro-Wiwa Lived And Died For A Worthy Cause -Peterside 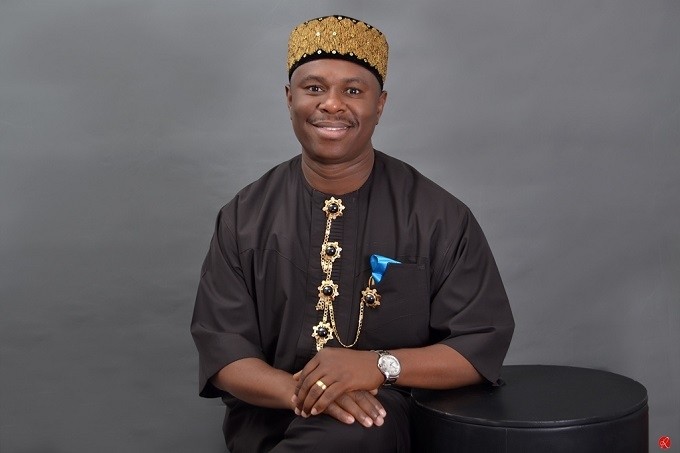 ***Says Impunity Robs The Society Of Its Best Brains

The governorship candidate of the All Progressives Congress (APC) in Rivers State for the April elections, Dakuku Peterside, has described foremost environmentalist, playwright and human rights activist, Ken Saro-Wiwa as a great Nigerian who lived and died for a worthy cause.

This was contained in a statement issued by his special assistant, Media, Sylvester Asoya.

Peterside said impunity is not only horrifying but also robs the society of its best brains.

In his message to mark the 20th anniversary of the murder of the activist and other Ogoni leaders by the military under the late General Sani Abacha, ‎Peterside said, “Today, we remember Ken Saro-Wiwa and the Ogoni eight.

“Saro-Wiwa is the symbol of our recent struggle to free our people from the shackles of oppression and economic exploitation.

“As a Rivers State man, I fully appreciate the loss of the environmentalist and his compatriots in their great effort to free our people.

“For me, what is most disheartening is the fact that impunity was visited on Saro-Wiwa and others because the perpetrators knew there would not be consequences for their ignoble actions. If society was free and safe for everybody, perhaps the activist would have been alive and kicking today.

“Saro-Wiwa’s arrest, detention, trial and murder 20 years ago were extremely painful and diminishing. The lesson however is that impunity robs society of its best brains and as Rivers people, we will never forget.

“So as we remember the horrible events of last 20 years, let us also reflect on another kind of impunity that we all witnessed during the last general election across our state,” Peterside said.

He further noted that the memory of Saro-Wiwa can only be kept if Nigerians join hands to end the threat on the environment and free people from poverty and degrading lives.

“The good news however is that the APC government has rekindled hope in our state as an oil-bearing region. The Muhammadu Buhari-led government is leading the campaign to fully clean up and reclaim Ogoni land in compliance with the recommendation of the United Nations Environmental Programme, UNEP.

“But as we remember the activist and his life of struggle, let us not forget that impunity and violence are twin evils that we must defeat collectively, no matter our political persuasion. We must condemn brute force and impunity by working to eliminate it in Rivers State, given our recent experiences. That is the only way to truly immortalise Saro-Wiwa and what he stood for,” he added.

All You Need to Know About The New EFCC Boss, Ibrahim Magu

Pregnant Women, Babies Among Those Killed In Rivers Jetty Fire, Wike Calls For…