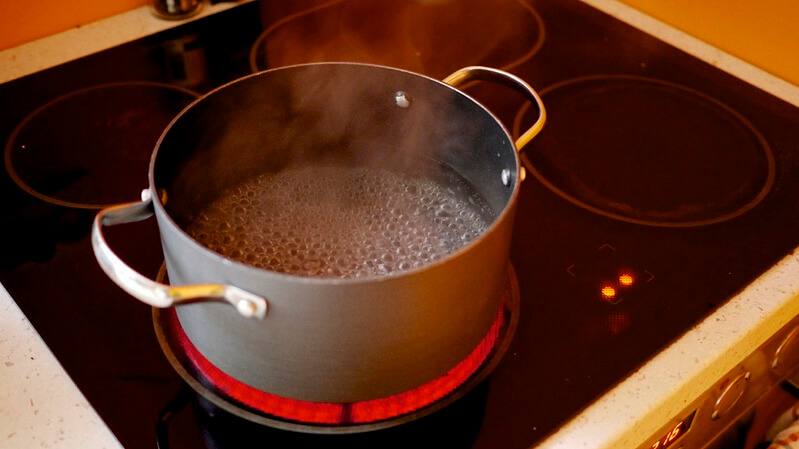 A 31-year-old housewife, Ngozi Obasi, who allegedly poured a pot of hot water mixed with pepper on her husband’s private part, on Thursday appeared in an Ebute Meta Chief Magistrates’ Court in Lagos.

The accused, who resides at 17, Fatiregun St., Ilaye in Ebute Meta, is charged with attempted murder to which she pleaded not guilty.

The Prosecutor, Sgt. Kehinde Omisakin, said Ngozi committed the offence on October 1 at 3.00 a.m. at their residence in Ebute Meta.

She said the accused after a heated argument, emptied the pot of hot water mixed with pepper on the private part of Igwe Obasi, her husband, in a bid to murder him.

Court Remands Man For Raping Three Of His Daughters

The offence contravened Section 230 (b) of the Criminal Law of Lagos State, 2015 and is punishable with life imprisonment.

In his ruling, Chief Magistrate Tajudeen Elias admitted the accused to bail in the sum of N100,000 with one surety in like sum.

Elias said the surety must show proof of tax payment in the last three years to the state government.

He adjourned case until October 16 for mention.

Why I Am Against Obiano – Peter Obi

Court Remands Man For Raping Three Of His Daughters