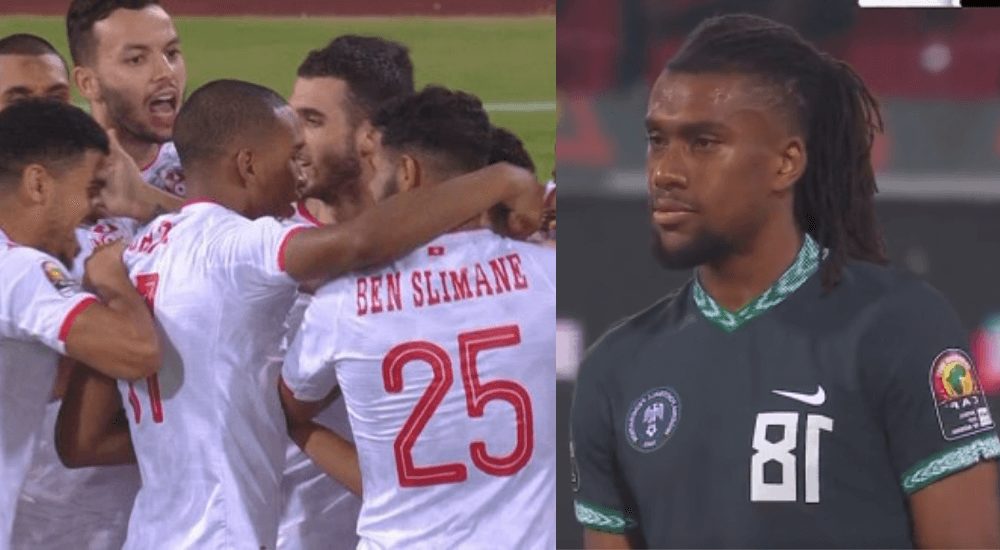 The Super Eagles of Nigeria have been eliminated by Tunisia in the AFCON round of 16 at the Roumde Adija Stadium in Garoua, Cameroon.

Tunisia won the clash 1-0 to face Burkina Faso in the quarter finals.

The Super Eagles defeat came on a day they had promised President Muhammadu Buhari and Nigerians that they will make Nigeria proud at the tournament.

Mentioning two of the players, Kelechi Iheanacho and Moses Simon, by name, Buhari had urged the Super Eagles to continue making Nigerians happy, not only by winning the second round match, but to eventually lift the trophy.

“You’ve been doing Nigeria proud. You’ve been winning. Please keep on winning. The Federal Government is supporting you, and I say thank you to all the technical crew and the players.. Please keep doing the country proud,” Buhari had said.

The chances of Tunisia to progress to the next round of the African Cup of Nations was predicted to be narrow after twelve of the team players including the coach missed the clash against Nigeria.

The Eagles of Carthage qualified for the round of 16 after finishing as one of the four best losers in the group stage.

The last time both teams met was at the AFCON 2019 in Egypt where Nigeria beat them 1-0 in the third place match.

But the table turned against the Super Eagles who were seen as the tournament’s favourites.

Youssef Msakni opened the score sheet in the 47th minute with a surprise strike past Nigeria’s goalkeeper, Maduka Okoye.

VAR was consulted for a possible red for Iwobi which his yellow card was upgraded to a red.

The Super Eagles made several attempts, but were always denied by the Eagles of Carthage.