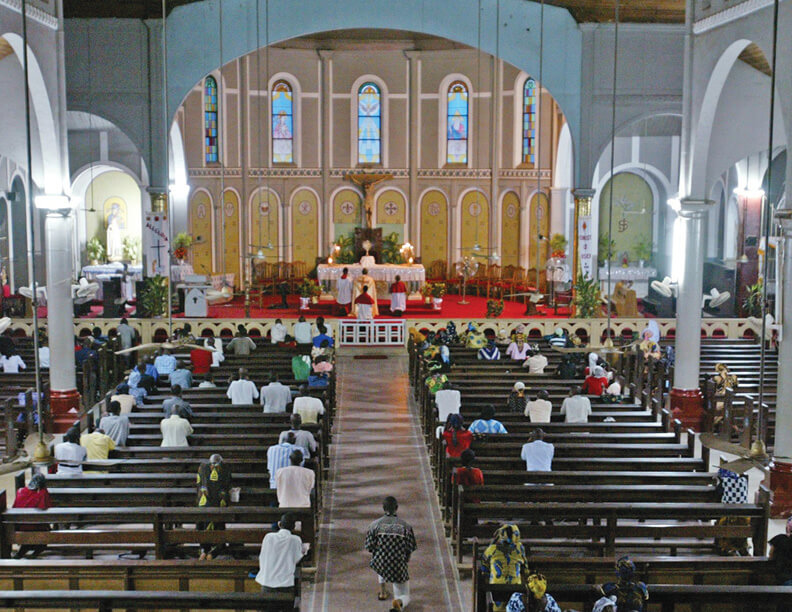 The Christian Association of Clergies in Nigeria (CACN) has warned the federal government not to ignore the spirited calls for restructuring in the interest of national unity.

CACN urged the government to heed the loud and growing calls by various ethnic nationalities, and restructure the country to avert impending doom.

Archbishop Orkwa lamented the rising cases of insecurity in the South-East and South-West, which he said may lead to self determination.

According to him, “Synod encourages government to heed the calls for restructuring and address the issue immediately, as failure to do so may spell doom for the nation in view of the present agitation for self determination by different nationalities across the country.

” Synod views with concern the rising cases of insecurity in the South-East and South-West of Nigeria and appeals to the federal government to give support to regional security outfits whose existence will compliment the efforts of the police and other security agencies, “he said.

While condemning plans to introduce wearing of female covering otherwise known as ‘hijab’ by Muslim women, as a national policy, Synod said that it “considers the proposal to introduce wearing of hijab as part of the military gear of Armed Forces and other public institutions as the introduction of an unnecessary dichotomy or distinction in the uniforms of armed forces along religious lines and a threat to national unity and cohesion.

“It (Synod) is also of the view that the nation’s Constitution should address issues of introduction of provisions that give religious colouration to the Constitution and expunge such provisions which are likely to promote disunity and division.”

The group also called on the National Assembly to look into agitations from different quarters on Constitutional issues, particularly the status of the Constitution.

On the security challenges in Konshisha Local Government Area (LGA) of Benue state, Archbishop Orkwar said he regrets the unfortunate incident in Konshisha and appealed to the Nigerian Army to exercise restraint in handling the issue and called on youths to be civil and law-abiding at all times.

American Cleric Recalls How Prince Philip Funded Spread Of Christianity In Africa, Others

I Am Your In-Law, Vote For Me – Atiku Tells Osun People