Nigeria Politics
By Tajudeen Suleiman On May 6, 2022 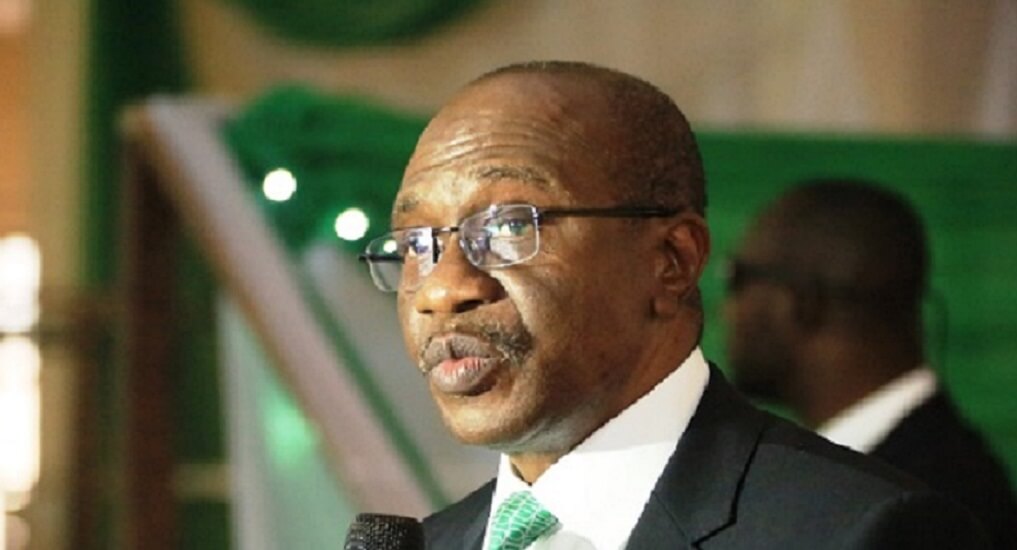 The Central Bank governor, Godwin Emefiele, has bowed to pressure from different professional groups in the country calling on him to join the 2023 presidential race.

The CBN governor reportedly picked the 2023 Presidential nomination form of the ruling All Progressives Congress (APC), after paying the mandatory N100 million on Friday.

THE WHISTLER was informed by authoritative sources close to the apex bank governor that he has effectively joined the race for Nigeria’s presidency.

Emefiele reportedly paid the mandatory N100 million for the nomination and expression of interest forms.

Emefiele is still the CBN governor and it is not certain yet whether he would resign before the APC presidential primary or not as other appointees of President Muhammadu Buhari who have declared interest in the presidency are still in the government.

The CBN governor has ended weeks of speculation on whether or not he would join the 2023 presidential race.

Several groups, including farmers who have benefitted from the CBN support for agriculture are rooting for him to join the race and win the presidency in order to continue with the agriculture, especially the rice revolution engendered by the apex bank’s policies under him.

While some, especially elements from the opposition have asked him to resign if he was interested in running, the CBN governor had said he was focused on his job of supporting the growth of the Nigerian economy.

But with the purchase of the presidential nomination forms, Emefiele, who is from Agbor in Delta State, may have finally decided he is the right person to succeed to Buhari.

His entry into the presidential race while still the CBN governor is sure to raise controversy in view of the provisions of the Electoral Act, 2022 which bar political appointees from being candidates or delegates at any convention.

Section 84(12) of the Act said, states that “No political appointee at any level shall be a voting delegate or be voted for at the convention or congress of any political party for the purpose of the nomination of candidates for any election.

But a Federal High sitting in Abia declared the Act null and void, thus voiding the section that forbids political appointees from voting or being voted for.

Justice Evelyn Anyadike, who delivered the judgment, also directed the Minister for Justice and Attorney General of the Federation to delete the section after it had been gazetted.