List Of 10 Most Adulterous Countries In The World, #1 Is A Very Religious Country 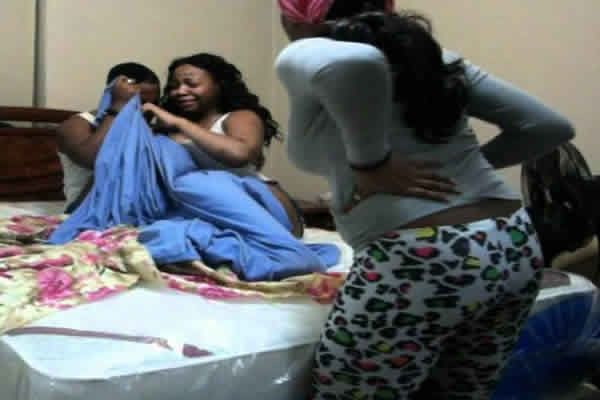 Most adulterous countries in the world – Even though ‘Thou shalt not commit adultery’ is one of the commandments, many people cheat on their partner. This is happening every day all over the world. According to exhaustive surveys conducted by Durex Condoms and online dating sites, here are the 10 most adulterous nations in the world.

One citizen of Finland said that sex in Finland is viewed as a positive experience. Technically people do not cheat in Finland. They just have a parallel relationship. Well! I would not suggest that you try this one on your partner! One in five married men in this northern European nation is likely to have had affairs with at least 10 women.

People residing in the UK are at the lower end of the European infidelity rate. This is one evidence of Anglo-Saxon Puritanism in the UK views of morality. Also about half the respondents who had cheated regret their actions. However, only common people were surveyed. If the affairs of the members of the Royal family were to be included, UK would have moved a few notches up.

Even though Spanish women are hot, Spain is in the bottom five in this list because many people in Spain are religious. They adhere to conventions that discourage extramarital affairs. Many Spaniards are Catholics, so it is natural for them to frown upon adultery. However looking at the high divorce : marriage ratio of over 60, one can guess that people are ending one relationship before starting another

Online dating community and social networking service Gleeden is the favorite website of Belgian married men and women seeking hookups. It has 1.1 million members. One Gleeden advisor said that having a lover is a norm and is no longer a secret. According to him a mistress is the ultimate antidepressant.

New registrations on Victoria Milan’s cheating site increased by 78 percent during a heat wave. If you live in Norway you know why the mating season is so short. According to one blogger ‘A Canadian in Norway’, low rate of adultery in Norway may be due to the size of the nation. Norway is a small country. People know each other, so infidelity is less common.

It appears that it is something of a tradition for French Presidents to have affairs. Considering the fact that France is the only nation on our planet to have rated the movie Fifty Shades of Grey at 12, it was bound to make the cut. “In the parlance of French films, cheating merely signifies that you’re the protagonist,” notes Pamela Druckerman in her book ‘Lust in Translation.’

Thailand holds the dubious distinction of being the most adulterous country in the world. Sex industry is a huge economic sector in this Southeast Asian nation. Sex workers in Patpong are known to cater to all kinds of kinks. Patpong, which is located in Bangkok, is one of world’s most famous red-light districts. All these may have promoted a no-holds-barred attitude towards sex in Thai men and women. Thai women are more adulterous than Thai men. Adultery invariably ends up in heartbreak; there is at least one heartbreak in the long run.