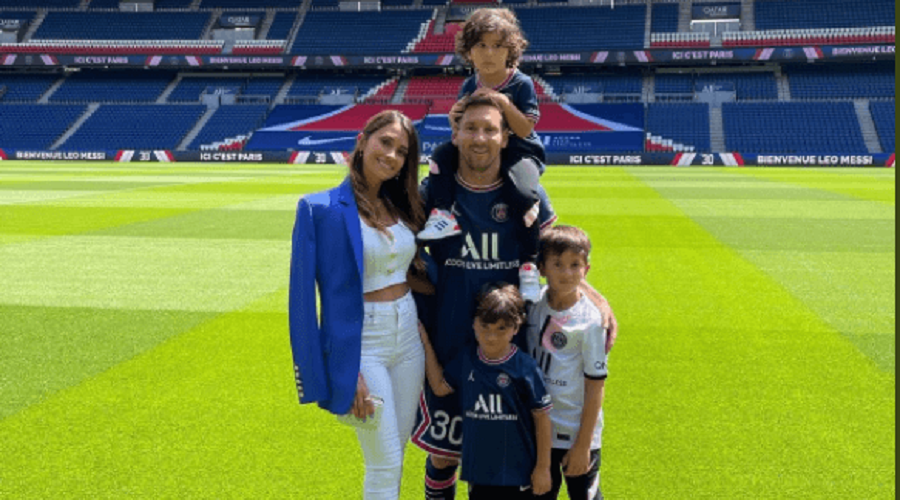 New Paris Saint-German signing has said the French club is the “ideal” place for him to win the UEFA Champions League.

The former Barcelona player has lifted the title four times and hopes to match his rival Cristiano Ronaldo who has five UEFA Champions League titles.

Messi signed for PSG on Tuesday to end his 19-year trade at Camp Nou.

The Argentine was signed to help boost the club’s chances of winning the Champions League.

“I am aware of my background and the objective this club has — fighting for a while to win a Champions League, and it was close the last few years,” he told CNN during a press conference in Parc de Princes.

He continued, “For me on a personal level, I would love to win another Champions, like I’ve said in previous years, and I think I’ve come to the ideal place that’s ready for that.

“We have the same goals. It’s got impressive players, one of the best squads in the world and, hopefully, we can achieve that goal which Paris wants so much, I want so much and hopefully we can enjoy it with the people of Paris too.”

The Argentine’s deal with Barcelona failed due to the club’s financial mess which could no longer fund the star.

He said, “The truth is, it’s hard to put into words what I’ve had to live through this week.

“It was really difficult what happened with Barcelona — saying farewell after being there my whole life in one place. And after three days — without forgetting what happened — everything changed. I was living with a lot of doubt, a lot of nerves, a lot of anticipation that this would happen and well … a lot of excitement and desire to get started.

“It was a really special arrival, the welcome from the people who welcomed me, who came out onto the streets. I’m very excited to start this new era that I’m going to live and I’m ready to start my new life here in Paris.”