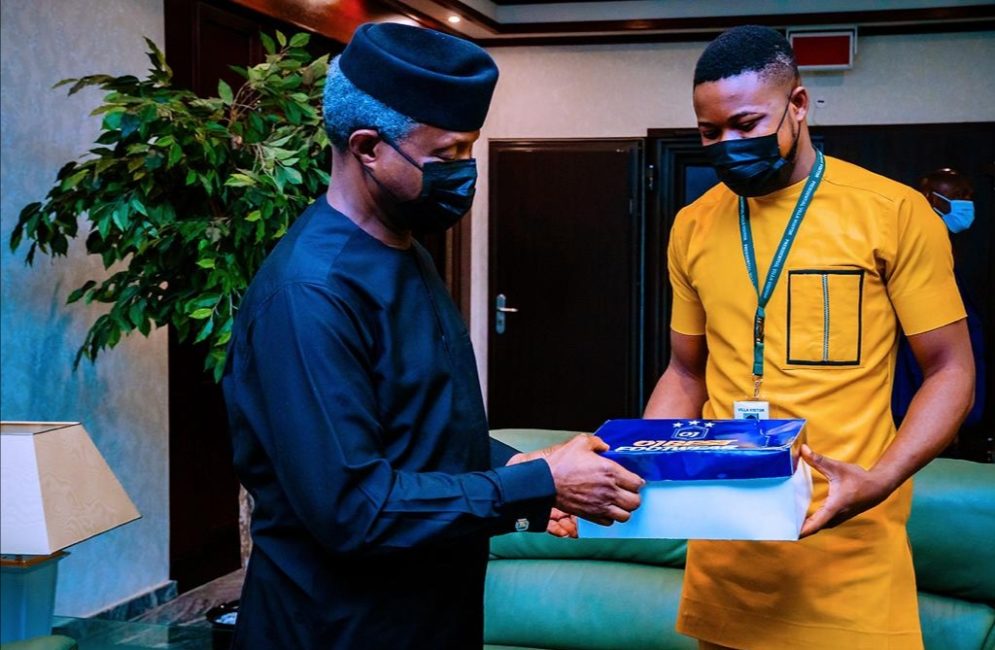 Omale gained popularity in March 2021 after designing some shoes for Osinbajo and delivering them personally to the vice president at the State House, Abuja.

The cause of the 28-year-old’s death has yet to be revealed but reports said the Abuja-based shoe designer died in his sleep.

Reacting to news on Monday, Osinbajo described Omale as “my young enterprising shoemaker and friend” who was “talented, creative and dedicated to his craft.”

The vice president tweeted, “I never cease to be impressed by his exertions for perfection in his products.

“I and many members of my team, for whom he also made shoes, will miss him, his services and unfailing good humour.

“Our thoughts are with his family as we pray that God will comfort them. May his memory remain blessed.”

Joe Abah, a former Director-General of the Bureau of Public Service Reforms, also reacted to the young entrepreneur’s demise.

“Sometimes, God gives the world a gift. Someone with mad talent, coupled with humility and a very pleasant personality. And then he takes him back after a short time. One of the few people I’ve met on Twitter that has been to my home. Rest In Peace my brother and friend,” Abah tweeted.