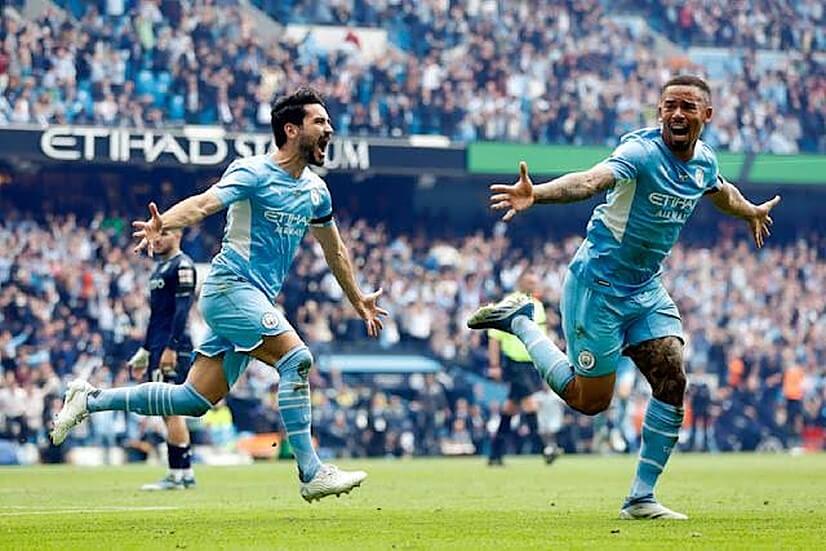 Manchester City have won the Premier League for the sixth time after a stunning fightback from two goals down to beat Aston Villa 3-2 at Etihad Stadium.

Pep Guardiola’s side finished one point ahead of Liverpool, who beat Wolves 3-1.

Liverpool won 3-1 against Wolves, they were one point lower than the new champions after a stunning 38-game .

The Manchester club finished 93 points while Liverpool who are the runner-up finished 92 points.

Aston Villa managed by Steven Gerrard a former Liverpool star were keen on helping his former club win the title which he never won throughout his career.

Matty Cash and Coutinho- his former teammate opened the scoreline in the 37th and 69th minute respectively.

This left City with a very narrow chance of lifting their fourth under Guardiola.

The atmoshpere at Etihad Stadium changed when Ilkay Gundogan and Rodri restored City’s hope after scoring in the 76th minute and 78th minute.

Gundogan secured the winning goal for City to ends Liverpool’s hope for a quadruple.

Liverpool beat Wolverhampton Wanderers 3-1, but they needed Villa to draw with City.

2023: PDP Holds Parallel Primaries In Edo As Party Calls For Cancelation In Lagos