‘You Act Like A Kid,’ Runtown Blasts Former Boss, Umenyiora 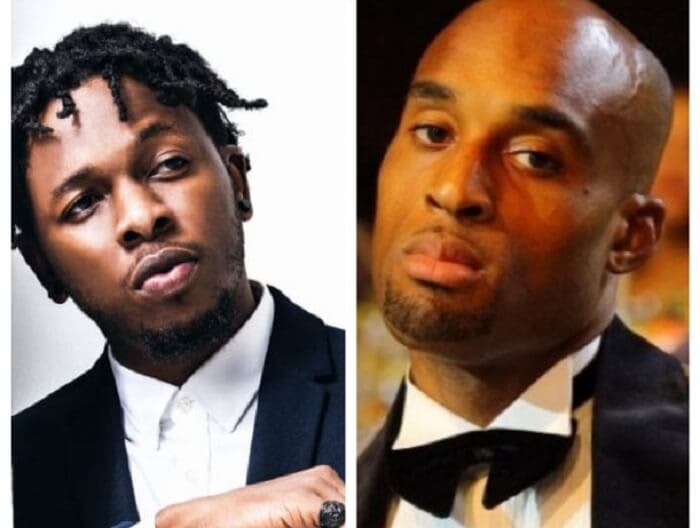 Douglas Jack Agu, better known by his stage name Runtown has described his formal Record label owner, Dilly Umenyiora, as a grown man who acts like a kid.

The artiste made this comment on his twitter handle following alleged breach of contract crisis between the duo.

Umenyiora was recently questioned by the police after Runtown filed a threat to life complaint against him.

Although the chief executive officer of Dilly Motors says he was invited for questioning, his run away artiste insists the police arrested him.

This came after the label slammed a Federal High Court injunction on the singer, restraining Runtown from performing and recording till he settles his debt.

He has however denied the debt he allegedly owes his estranged label boss, saying he is responsible for the payment of the music outfit’s staff.

Tweeting at Umenyiora, Runtown wrote: “I held you down since your business fell off.”

In the middle of his rant, Runtown went on to brag about music says he had just recorded a hit with his idol in Los Angeles, California, and that he is working on the “best music project Africa has ever seen”.

COVID-19 Lockdown: What Nigerian Celebrities Are Up To

I just recorded another HIT with my idol so HAPPY DAY IN LA !!

Eric Many, the record label, on the other hand, has released a statement about the alleged arrest.

“On Friday 20th April, the Nigerian Police acting on a report by estranged Eric Many act, Runtown escorted record label owner, Dilly Umenyiora to their office for questioning following a report of a threat to life.

“He was questioned, dropped his statement on claims by Runtown that his life was threatened which was found out to be false and Okwudili Umenyiora immediately returned home.

“This is not the first time Runtown has accused his label boss of pulling a gun on him. In 2016, he pulled the same stunt and he’s repeating it again to create cheap publicity.

“Every time the record label takes legal actions through a law court against Runtown through injunction for severe damages to the label, Runtown results to cheap stunts and bringing up issues like threat to life with a gun which is totally false.

“This doesn’t take away the fact that there’s a Federal High Court Injunction against Runtown and as at the last court sitting on April 16th, he expected the case to be dismissed but it didn’t happen. That’s why he resorted to blackmail.

“The label maintains that there was never a threat to Runtown’s life directly by Dilly Umenyiora or anyone affiliated to the label as explained to the Nigerian Police. Eric Many LTD since this case began has been civil and remain to civil by following through with the court injunction and never resort to violence or blackmail.”

BBNaija: My Relationship With Miracle Not Ending – Nina

COVID-19 Lockdown: What Nigerian Celebrities Are Up To

Runtown To Appear In Court For Disobeying Injunction