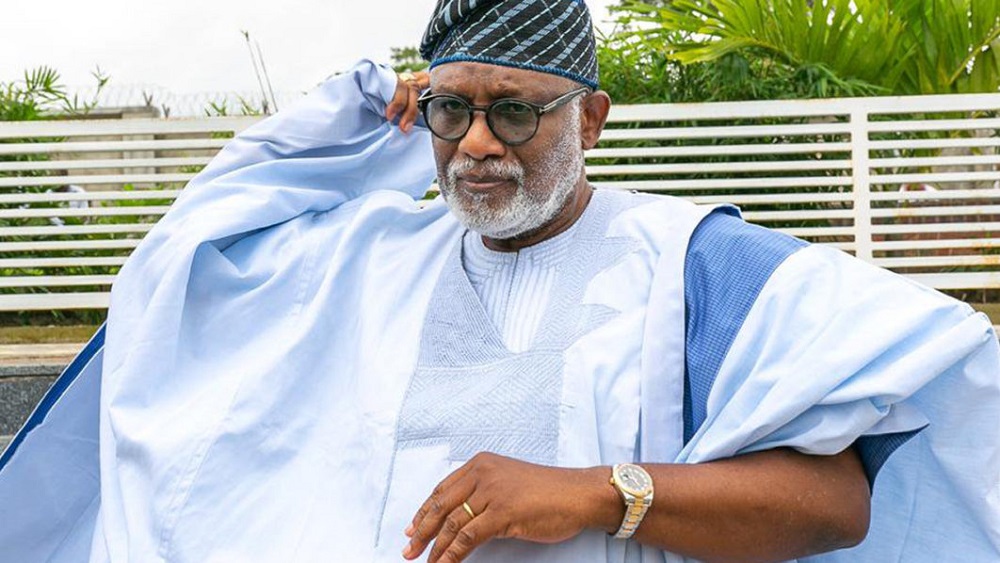 Ondo State Governor, Rotimi Akeredolu, has said the power rotation arrangement between the North and the South must not be thwarted in the interest of the country.

The governor said the rotation of Presidency, which he described as an unwritten rule since 1999 had been working well for the country and it must be sustained.

He said this in Ibadan on Wednesday while delivering a lecture at the remembrance of Prof. Bankole Oke, a veterinarian at the University of Ibadan, who died in 2021.

Making an allusion to the Peoples Democratic Party, he said a political party which nominated a presidential candidate from the North was not doing so in the interest of the country but as a result of desperation for power.

Akeredolu said, “There appears to be an understanding that power must rotate between the North and the South. This understanding witnessed the contest of two candidates from the South-West for the Presidency. It was part of the unwritten agreement that the power equation must be balanced to allay the fear of domination harboured by the people of the South.

“There is a conscious attempt not to disrupt the extant agreement. There has been a seamless transition from one civilian regime to another since 1999, the longest in the political history of the country.

“The current political permutations raise strong suspicions on an undeclared motive to thwart the arrangement that has been working for the country.  The rotation of the office of the President is between the North and the South since the inception of the Fourth Republic.”

The Ondo State governor added that some desperate politicians were the ones fueling the protest against Muslim-Muslim ticket, saying the ability to deliver was not hinged on the religion of anybody.

He also said the ” office of a Vice President as enshrined in the Constitution of Nigeria is innocuous”, saying occupants of that office could only perform roles assigned to them by the President, who he said wield the executive power.

“The current agitations for a faith-based political representation are anchored on certain misapprehension of the requirements for leadership in a multi-ethnic state such as Nigeria.

“It borders on plain mischief to set the people on themselves to attain political power. Any so-called religious leader, who ignores knowledge and competence as necessary criteria to measure leadership capacity, is an apostate,” be added.