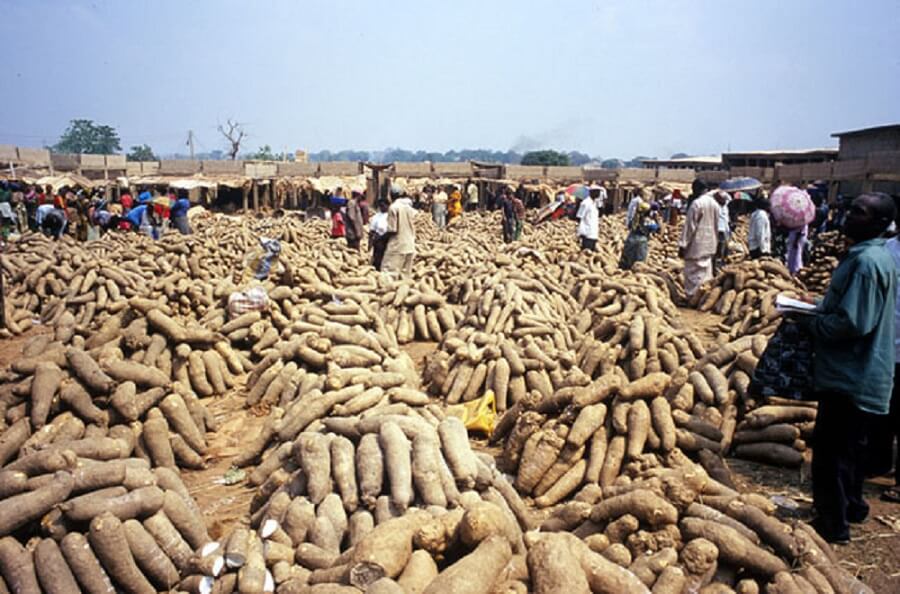 The Minister of Industry, Trade and Investment, Adeniyi Adebayo on Thursday inaugurated a committee to look into the issue of rejection of Nigeria agro produce in the international market.

The committee which drawn its members from the ministry and some parastatals of the ministry and Ministry of Agriculture is headed by the Director, Commodities and Export Department, Mr Suleiman Audu, is charged with the responsibility of identifying the major causes of the rejection of agro produce and proffer appropriate recommendations.

Over the years Nigerian products have continued to face rejection at the global markets on accounts of non-conformity to global best practices.

Only recently, the National Agency for Food and Drug Administration and Control disclosed that over 76 per cent of the country’s commodities are often rejected by the EU for not meeting required standards.

Recall that beans, sesame seeds, melon seeds, dried fish, dried meat, peanut ships, groundnut, palm oil and yam, were in the past banned by the European Union for not meeting required standard, plus the claim that they constitute danger to human health because of high level of pesticide.

For instance, the banned beans were found to contain between 0.03mg kilograms to 4.6mg/kg of dichlorvos (pesticides) contrary to acceptable limits.

In 2013, a total of 24 agro-products originated from Nigeria but exported to the United Kingdom were rejected, while the figure increased to 42 in 2014. In 2016, 24 exported food products were also rejected.

Early this year, the Director General of the Nigerian Agricultural Quarantine Service (NAQS), Dr. Vincent Isegbe disclosed in Abuja that the country loses about $362.5m yearly in terms of foreign exchange to the ban on exportation of dried beans in the last eight years.

But inaugurating the committee, the Minister in a statement by his Special Assistant on Media, Ifedayo Sayo, said the federal government places a lot of emphasis on the promotion of non-oil commodity exports, which has led to farmers and product aggregators partnering to explore the export market for their products.

He admitted that in recent times, Nigeria agro products have been suffering from export reject by most countries of Asia, Europe and America.

This, he explained, has led to huge financial losses with its attendant negative impact on the supply value chain and job creation.

He stressed that the international market is competitive and welcomes products of high quality with relevant certifications and quality packaging that is environmentally friendly.

Adebayo said the problem of quality, standard, certification and appropriate packaging for made-in-Nigeria products for export has been a recurring issue hence the need to set up the technical committee to address the issue and proffer appropriate recommendations.

The terms of reference for the committee are to identify the major causes for the export reject of Nigerian agro commodities; determine the roles played by exporters or institutional infractions that tend to promote export reject of Nigerian agro commodities; and suggest measures necessary to strengthen the capacity of exporters to improve the quality, standard, certification, and packaging for made-in-Nigeria products for export.

Others are to develop the policy framework for global gap certification and quality packaging that is environmentally friendly for global trade; suggest ways of getting government at all levels to support farmers to key into global gap certification for increased productivity and export; suggest appropriate model/partnership for development of standard storage facilities for products before arriving at their final destinations; and suggest means of strengthening assessment of export products by the appropriate and designated competent authorities among others.

The Minister told the committee that the nation was looking forward to the outcome of the assignment given to them as an antidote to the rejection being suffered by Nigerian exporters at the international market.